I left Florida on Thursday afternoon, 5/7, after an oil change. I headed north, mulling whether or not I would visit Dismals Canyon in AL and Crater of Diamonds State Park in AR. I drove till sundown as I knew it would be too hot to sleep otherwise.  I ended up in Walmart in Clanton Alabama. This Walmart had the nicest produce I think I had ever seen so I stocked up. It was a cool, quiet and uneventful night, except for the freight train that blasted off a horn that sounded like it was right outside the window. For all I know, it might have been.

I woke up reasonably early for me on Friday the 8th. I looked at the Roadtrippers app and saw a train museum called the Heart of Dixie Museum about 20 mi up the road. I headed there and it was very nice. It seems like more of a weekends-only place though. A gal in the gift shop had to unlock the museum and escort me through, which was a bit of a buzzkill. I wandered around the trains for a while, but was beginning to melt, so I had to leave. I'm just not acclimated to 80's & 80% humidity, and I burn to a crisp. Looking at the forecast for Crater of Diamonds had me cross it off the list for just that reason. I am not up for digging in a field in the sun in 90 deg weather. It just would not be enjoyable. 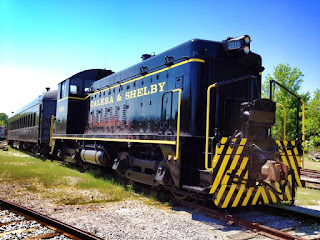 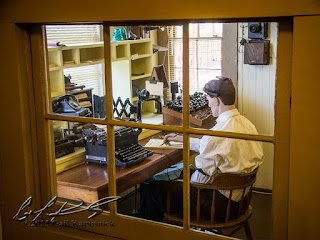 I got back on the road, and somehow screwed up the GPS. I had planned to turn northwest at Montgomery and possibly stop at Dismals Canyon, then on through Memphis and up that way. When I was a fair piece north of Montgomery and seeing signs for Nashville, I realized I had made an error. However, I saw that continuing on the present course would take me through the Kentucky Lakes area, which I had enjoyed last time, so I carried on. Unfortunately, just like last time, I hit Nashville at rush hour. Unlike last time, it was horrendous and took well over an hour to get through. Sigh.....  I stopped for the night at a Cracker Barrel in Cadiz KY, having put about 350 miles in. 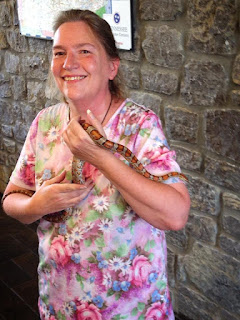 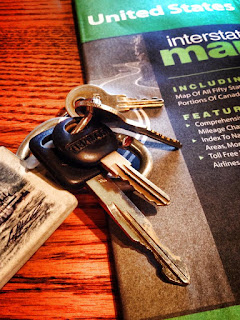