Since I plan to dry camp/boondock a lot, the limited capacity of my holding tanks was a concern. 30 gallons gray and 23 gallons black water capacity requires serious conservation. Not to mention, one small sewer leak was all it took to make me think dragging around 180 pounds of poopy water had a lot of potential for disaster. One that I didn't enjoy dealing with.

I had bought a Nature's Head for my boat but never installed it. I liked the concept for the boat and thought it would be just as good in the RV. Everyone who has one seems to be happy. Unfortunately the NH would not fit in the RV. No how, no way. So I now have a C-Head, which is smaller and lighter,  on order and it should be here in a week or two. I was going to wait till it got here to yank the toilet, but today was under 80 deg. Days this cool are few and far between in June so I took advantage of it. It just means there will be some doodie bag usage in my future if I camp before the new head gets here. :-)   This was way easier than I thought, which was very nice. 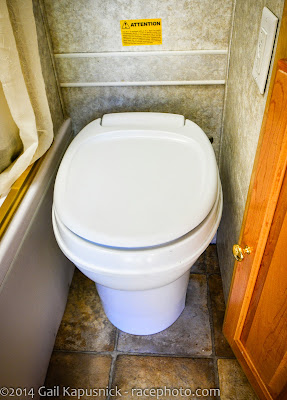 The old toilet, Thetford AquaMagic. There are two nuts under caps on either side and a water connection in the rear. 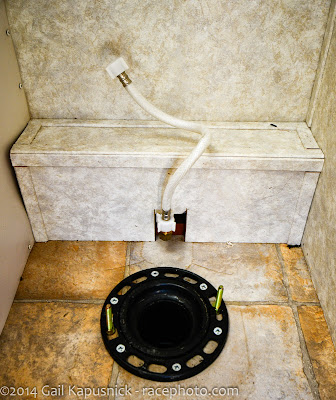 The toilet lifted off easily. The bolts are crooked as I had already removed them and forgot to take a pic prior. So I stuck them just barely back in. You get the idea. There was also a foam gasket that I tossed. 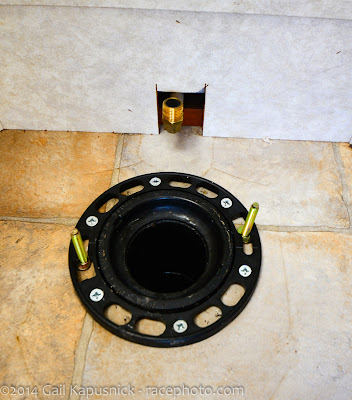 I have to get caps for both pipes. 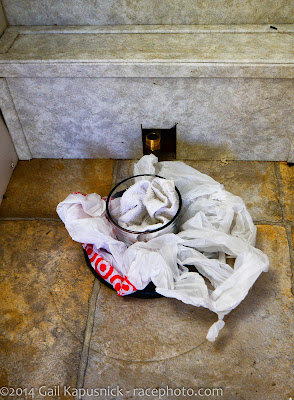 Until then, so as not to have sewer odors or, god forbid, splashes, I used an old pint glass as an impromptu plug with a Target bag gasket. :-)

(Update 6/15) I made it to Lowe's today, and thankfully they had the correct plug for the toilet pipe. It's called a test cap. Don't ask me why. 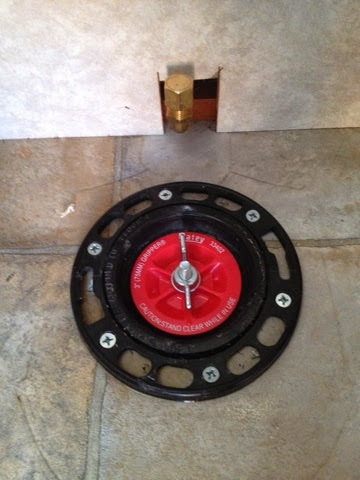 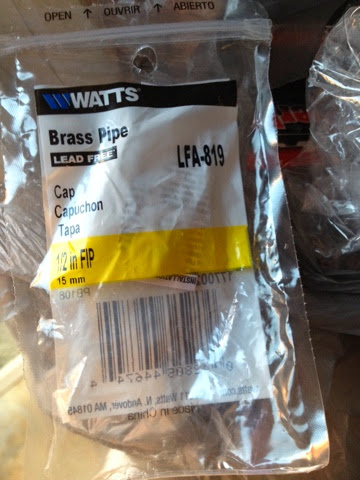 This is the cap I bought for the water pipe. I may have to pick up some Teflon tape, we'll see when I fill up the water again. 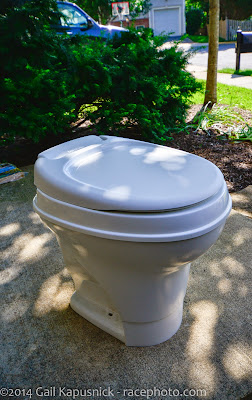 The old toiler removed. It weighs about 2 pounds. I had not intended to keep it for when I sell the unit but I might as it's not that big or heavy. I'll think about it.