After leaving Madrid we took a little ride through Cerillos. We loved Madrid so much we were hoping for some more. Nope. It was almost a ghost town. We stopped at the visitor's center for Los Cerillos State Park hoping for some info but the ranger there had little interest in talking. We ended up on a dead end street and had to back out. It's times like that where I'm glad I didn't choose to drag a car behind me as that would have meant I would have had to unhitch the car, move it, back the rig out, pull the car up, re-hitch, and then leave. I was already mad about the GPS screwup, my head would have probably exploded if I had to go through all that too.  Thankfully Barb is also good at backing up her trailer.

We ended up parking in the Sam's Club parking lot in Santa Fe. Barb helped me add half a gallon of water to my batteries. I crossed my fingers and hoped for the best. We caught a bus into Old Town Santa Fe the next morning. I have to say, we were both underwhelmed. It didn't have the charm of Old Town Albuquerque and the galleries were antiseptic and killer expensive.  It didn't help that they were filming some series in the square, which made it unpleasant to walk around. I don't recall the name...Graves or something. The suits/sunglasses of the two guys I saw looked like a Men in Black remake. I'll pass.  Also, one of the other things I was really looking forward to was the Georgia O'Keefe museum. It turned out to be a huge disappointment. I would say less than 10% of the works in the museum were O'Keefe's. And none were her iconic bone and flower images that I so loved.  Worst of all, most of the stuff there was from her contemporaries, many of whom were doing cubism and other abstract work. It made for a presentation without any real flow or coherence.  I actually went back to the front desk to see if we had somehow missed a floor or even a room where the actual O'Keefe works were. But we hadn't. They did offer to sell me a ticket to another museum where they said there were more O'Keefe's.  I passed. 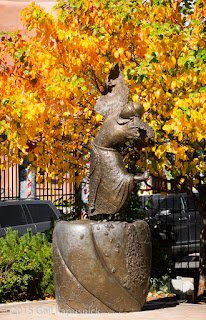 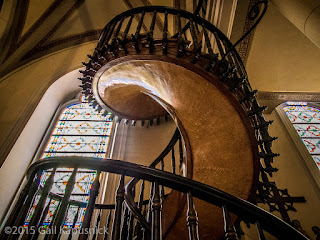 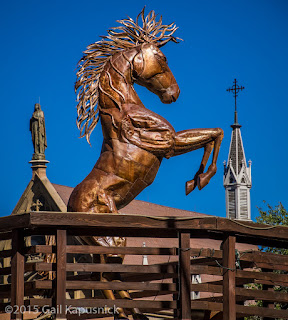 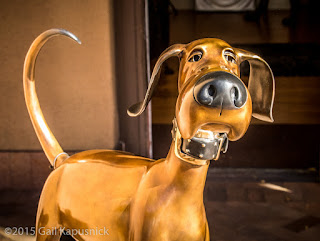 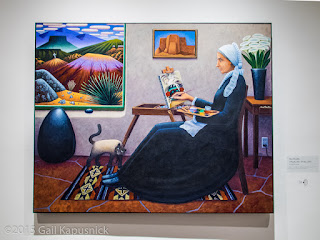 This was the best thing in the Georgia O'Keefe museum. It's a good thing they had this homage to her and her work because there was little to be found in the museum. 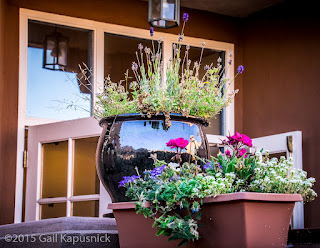 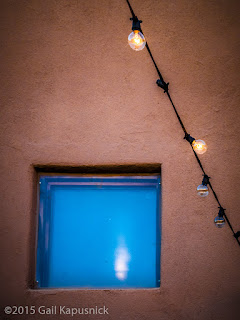