I might have been the only person in the Western Hemisphere who was mostly ok with my ATT phone.  Happy would be a stretch, but over the past few months I had noticed an increase in my ability to actually complete a call and an increase in data speeds. Well, that mystery is now solved, apparently it was because I wasn't really using ATT's network!  I got this bit of happy news today: 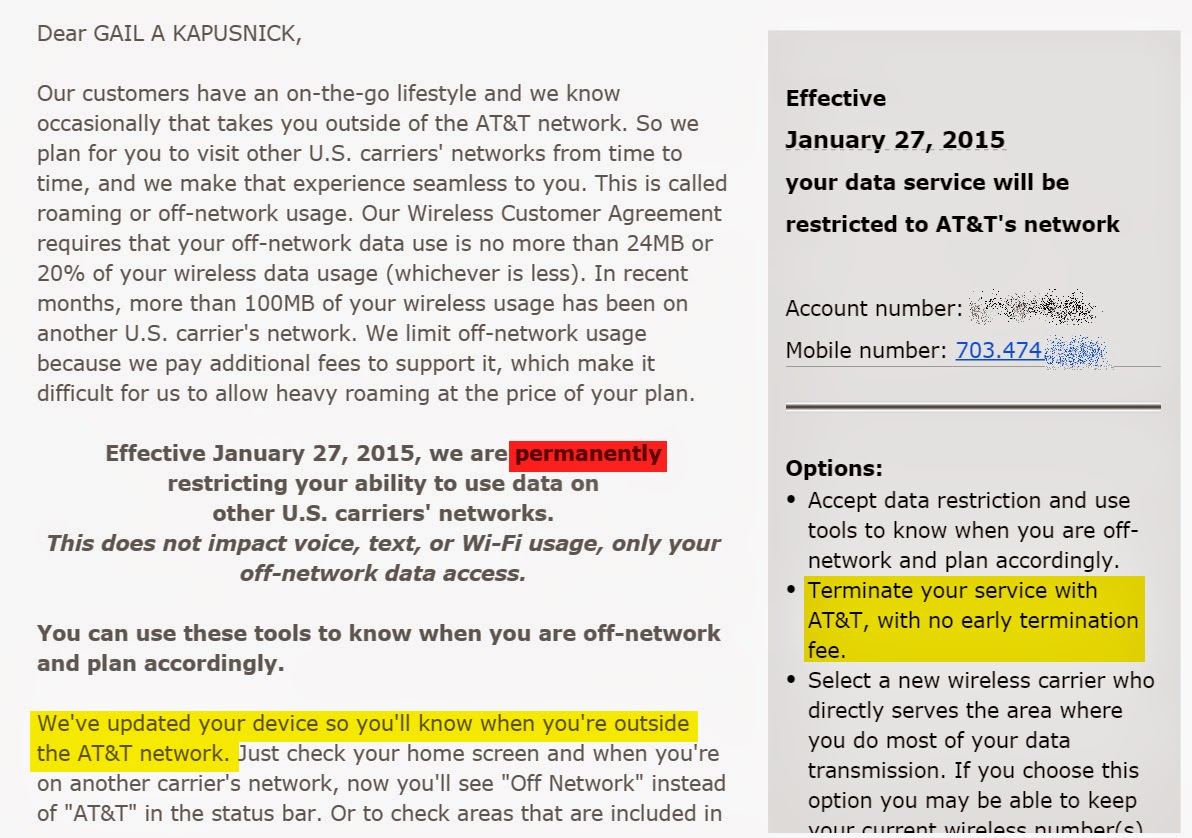 We've updated your device so you'll know when you're outside the AT&T network. Just check your home screen and when you're on another carrier's network, now you'll see "Off Network" instead of "AT&T" in the status bar.

They don't tell you you're off network until you've exceeded the limit! And PERMANENTLY disabled your roaming ability!  They gave me a warning when I was in Utah and I bought a Straight Talk Verizon phone. It worked so much better than my ATT phone that I was tempted to switch, but I was too lazy to go through the process of porting my number. Obviously, now I will be doing that. This is one of the Verizon ST phones, and is the one I bought.  Make sure it says CDMA-V.
http://www.walmart.com/ip/Straight-Talk-Samsung-Galaxy-S3-Prepaid-Cell-Phone-White/29010048

Here's a cheaper option: http://www.walmart.com/ip/Straight-Talk-ZTE-Savvy-Z750C-Prepaid-Cell-Phone/29010050
Although, if you get one on the ATT network I think it would not be subject to this stupid policy as ST has its own set of rules.  But why go with ATT when you can get one on Verizon that might actually work most of the time?

Another line of note under Options is:
• Terminate your service with AT&T, with no early termination fee.
This would seem to be an excellent "Get out jail free card" for anyone who is looking to get out of an ATT contract without an ETF. (Early Termination Fee)  Just head to one of the spots on the ATT coverage map that are striped (3rd party provider) and burn up some data.

As for me, I guess I'll be watching a LOT of Netflix on my phone until 1/27.  Oh, and updating a few gigs of maps, etc.  Consider it a parting gift.