In the continuing saga of the crappy MH, when I woke up in the morning to make breakfast  Every single thing in the fridge was frozen solid.  Even my half & half.  Even my eggs.  Frozen eggs. :-( The Norcold fridge in the RV froze everything no matter what it was set at.  I had set it on 2 the night before.  I turned it off to let everything thaw a bit. 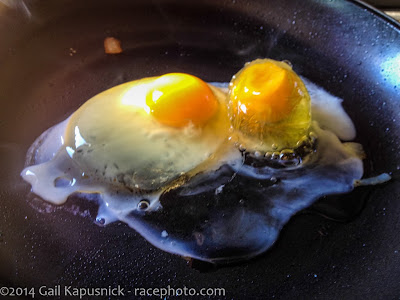 Since the fridge was running non-stop & I hadn't gone anywhere the day before, the house battery (yep, singular) was showing a yellow light.  Since it costs $3.50/hr to run the genset I started the main engine for a little while, which has the side benefit of being not nearly as obnoxiously noisy.  Shortly thereafter, I saw Carol's big class A come rolling up and begin scouting the territory, followed by Rita and her TT.  Apparently the genset noise at their site went on for hours.  Bummer.  :-(  Of course, that's why they put wheels on these things.  :-)

Carol was taking a trip to town to get her Escapees name badge made up and invited me to go with her.  Apparently these badges are a big deal.  You get one with the logo of the club (or clubs) you belong to, with your member # and other stuff, then there's other little badges you can attach, and so on.  Some people have quite an array.  Carol knew exactly what she wanted.  I wasn't sure I wanted one....it just doesn't seem like my thing.  If "Hello, my name is Gail" on a little nametag isn't good enough for anyone well, that's just too bad.  If I DO have one it'll be handmade with some sort of bling or something.  Funny thing is, I actually have one of these engraving machines in may basement.  :-)  Not sure if I have any of that plastic stock though.

People lining up to get nametags/badges made... :-/ I'm a little unsure of that whole thing.  I did pick up a cute pin that said Alaska Snowbird on it,  Had to take that off though as I grew tired of answering questions about it,  :-) 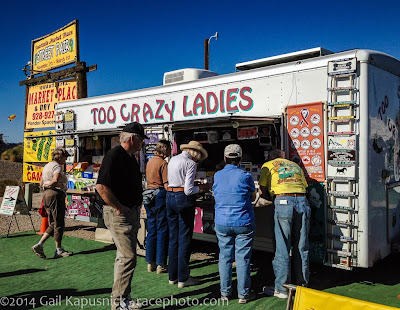 I mentioned to Carol that I had heard the RVing Women were down south of town and I had considered parking there at first.  But since I was an Escapee member and I had better directions to the Plomosa Rd group I went there instead.  Carol had been interested in RVW too so we went to check it out.  We followed a trail of paper plates stapled to stakes for what seemed like miles to their encampment.  Wow, they seemed very organized.  When we arrived they were just finishing up a seminar on fire safety, and another workshop about tank enzymes was just starting so we weren't able to talk to folks much.  The workshop had an infomercial vibe about it so we left.  Still, would like to look into this group more.

RVing Women setting up for a workshop 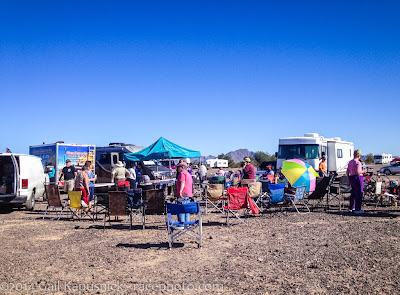 On the way out we were kinda flummoxed by this row of rigs.
I don't get this.... miles of desert and these folks were in each other's pockets. To each their own I guess... 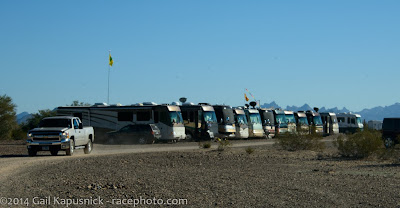 
After dinner I enjoyed my sunset view, which I could actually SEE as I didn't have a rig 10' away.  :-) 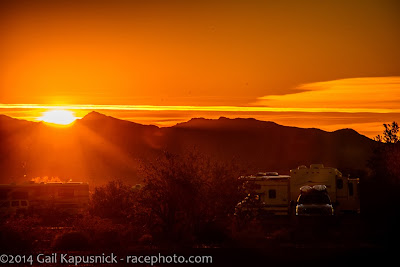 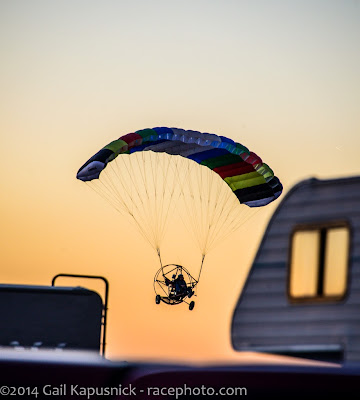 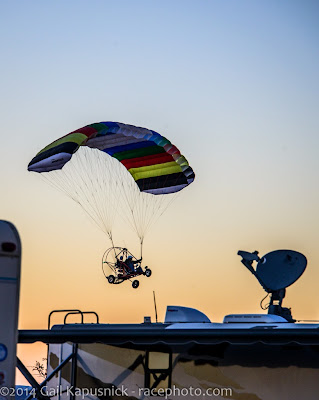 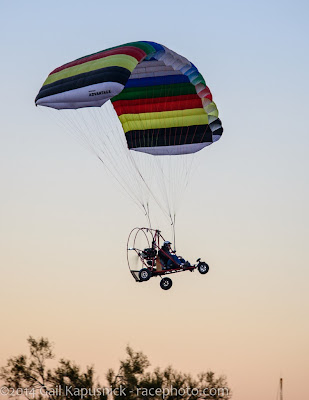 My new Ivation LED lantern.  This thing is the bomb and I'm SO glad I threw it in the suitcase.  I have to say, when it was first recommended to me, I thought it was kinda pricey.  And it may be, but it works great, it weighs nothing and it goes anywhere.  I used this exclusively for light during the trip, other than turning the light on in the bath now and then.  I hung it off the cabinet handle when I was sitting and I hung it off the vent in the bedroom area when I was there. 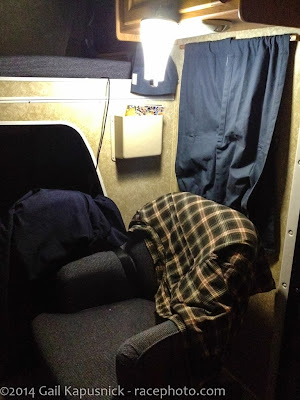 I already had bungee cords on the vent housing in the bedroom holding up a blanket I had stuffed in there so it was a convenient hanging place.  Why did I have a blanket stuffed in the vent?  Well, I'm glad you asked!  When it got warm in the afternoon the first day in Q  I cranked up the vents in the bath & BR.  When it got cold at night I closed them.  Well, one of them closed.  The one over the bed went down to being only being open about 2" and would go no further.  Sigh........  Did they check NOTHING when they refurbished this thing?  Sigh......  It wasn't open much but when it's down in the high 30's at night I don't need that breeze.  Hence the blanket in the vent.  It was an old airplane blanket, small and paper thin, which I actually brought for the plane ride.  Good thing I did.

Someone released some Chinese lanterns. And they were setting off fireworks. It was lovely, but all I could think of was, "Yogi, I don't think the Ranger's gonna like this!!!" 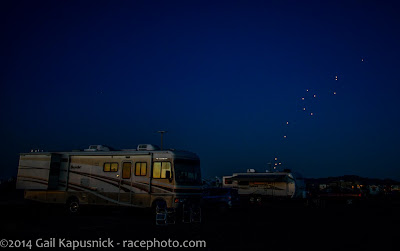 Playing with Lightroom settings....I know this isn't a great pic but I liked something about it. 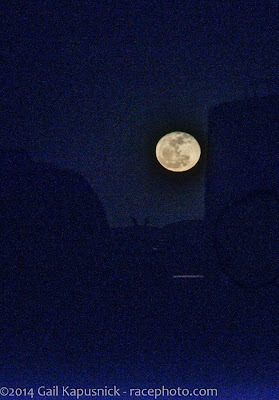 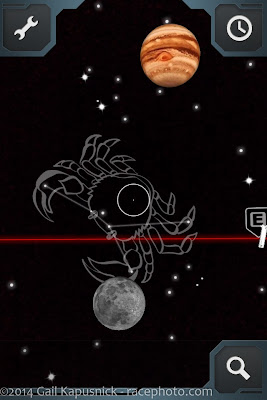 I kept trying to do a little astrophotography but never got the results I wanted.  I don't like to blame gear but the Dolica Pro tripod I bought at Costco sucks.  It's going back. 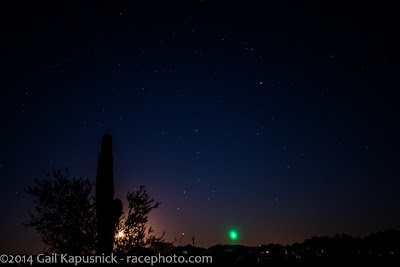