I flew out of Dulles at 7am. When I got to the airport at 6, I was greeted by the dreaded advisory, "Due to winter weather in Chicago, your flight is subject to delay, diversion or cancellation."  Yay.  We got out of Dulles on time, though there were hints of the brewing storm. 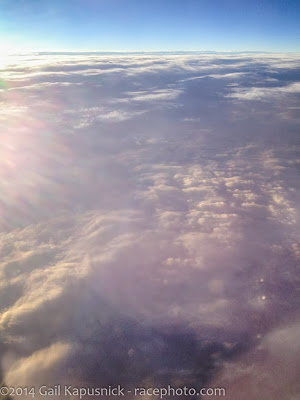 We *just* beat the snow! it was beginning to fall as we departed Midway. Woohoo!

Snow beginning to fall as we departed. 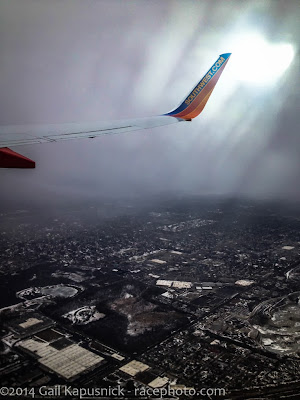 As we waited to disembark I noticed we had been carrying a lot of cargo. 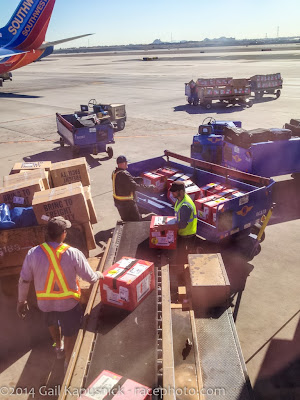 Got the luggage....oh the luggage!...and caught a cab to Cruise America in Mesa. I had like 130 pounds of luggage since it's free to check two fifty pound bags on Southwest, plus 2 carry-ons. And I have a hard time spending $150 to rent household supplies I already have.  So I packed a sleeping bag, small throw, sheets, pillows, nesting camping cookware set, LED lantern, 250 watt inverter (thank god I had that, the rental had no inverter. Unreal....) aero press coffee maker, a folding stool/table, silverware, cup, corkscrew, bungee cords, command hooks, a portable backup camera, and some tools.  Oh, and a couple changes of clothes. :-)

My home for the next week...with the luggage. 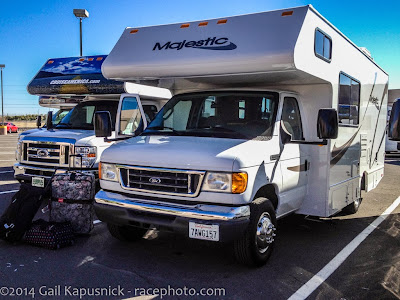 Saw this sobering sight on the way out.
What NOT to do.. 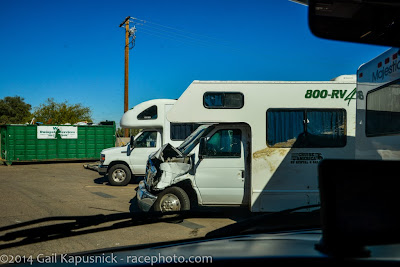 I had to get gas almost immediately as the tank was only 1/4 full which is annoying.  Last one was like that too.  Finding gas is NOT the first thing I like to do in an unfamiliar city with an unfamiliar rig.  And I then I hit <gag> Walmart. I like Target way better but it was too far off the route and I was in a hurry.  Last thing I wanted to do was get to Quartzsite after dark and be wandering around the desert trying to find a place to park without driving into a hole or over a cliff or something. 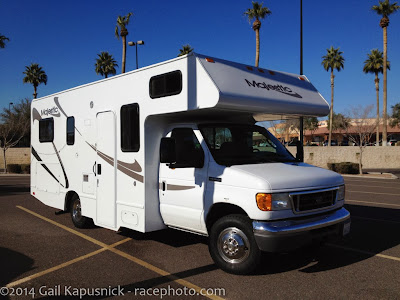 The drive to Quartzsite was torture.  There was such a cacophony of noise....squeaks, rattles, bangs and so on.  I fixed the worst one almost immediately upon leaving, the bathroom cabinet door wouldn't stay shut and banged away in 3/4 time. A bungee cord mitigated that.  Unfortunately another one soon presented itself as the dinette window vibrated open and began to rattle.  I pulled over once and closed it but the latch is broken so I had the same problem  15 miles later. I had such a headache by the time I got there. At least this one handled better than the last one I rented and didn't try to fling itself off the road at every opportunity. :-)

Arriving at Plomosa Rd in Quartzsite. Signs said Escapee Solos were to the left, Christians to the right. I kept going & parked pretty far from anyone. :-) 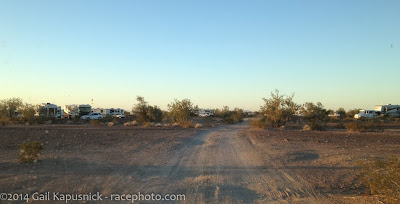 Me in my antisocial spot. :-) Watching the moon rise 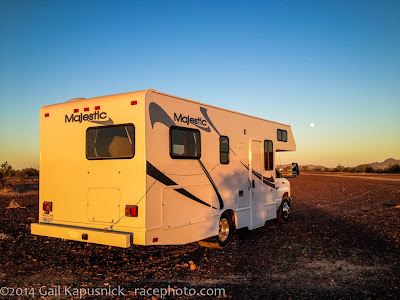 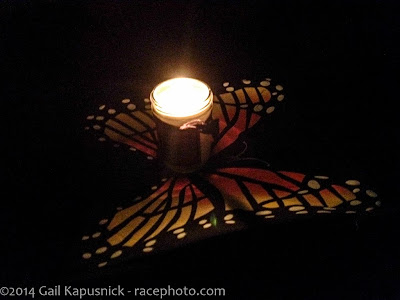 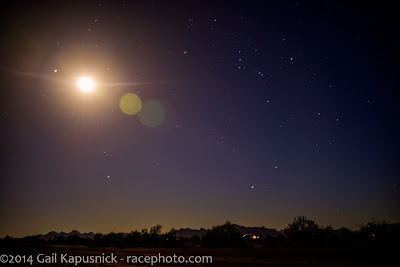 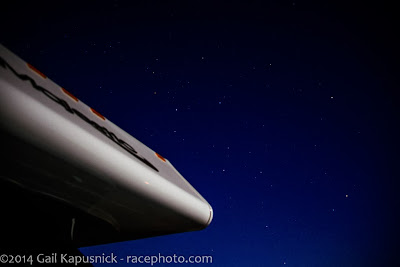 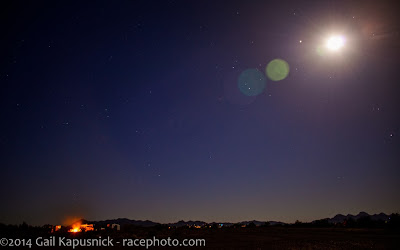 At this point I started getting chilly and headed inside.  It had been a long day.