It took some time but I finally got my butt in gear and left Quartzsite.  I had read there was a geoglyph between Bouse & Quartzsite on the scenic route so I headed that way.  My plan was to get to Lake Havasu by the afternoon so I could catch the balloon glow and the last day.  I figured I had time for a detour.  The scenery near the Fisherman was amazing. 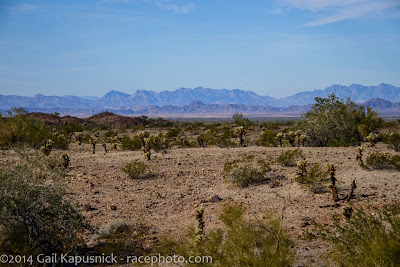 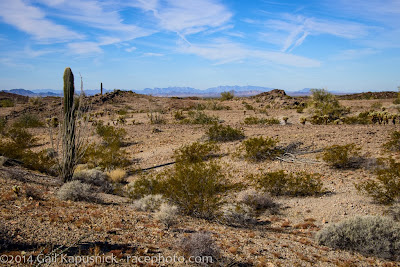 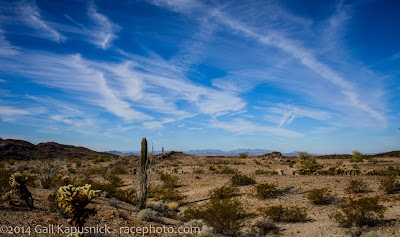 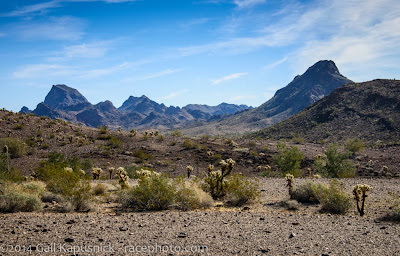 The glyph is interesting. 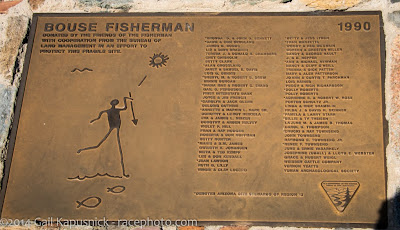 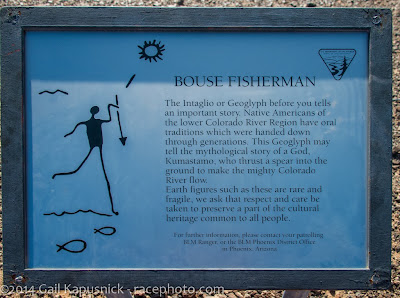 The Bouse Fisherman Geoglyph. It's updside down in this shot, with the lighting it was nearly invisible from the other end. 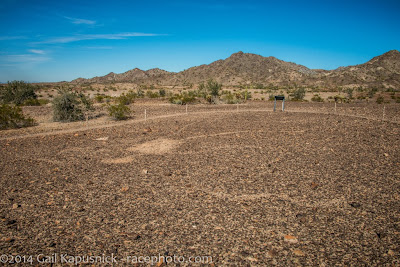 South of Lake Havasu I drove across a bridge with stunning views over the Bill Williams Wildlife Refuge.  I stopped to get some photos.  The whole 'amber waves of grain' thing seems so surreal in this desert landscape. 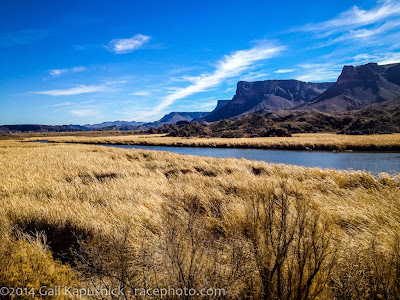 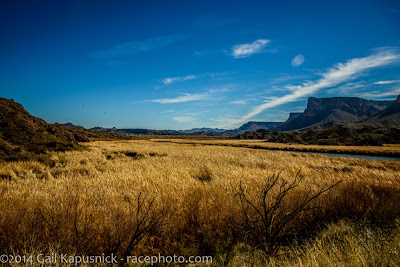 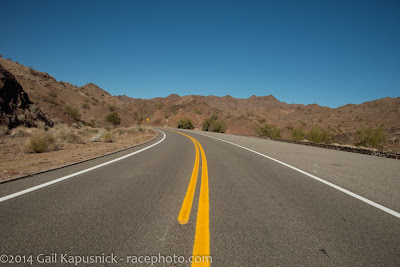 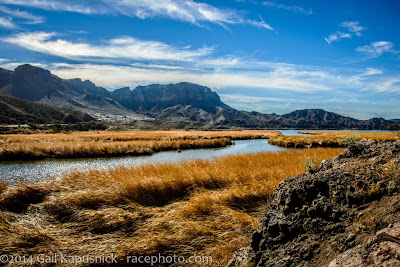 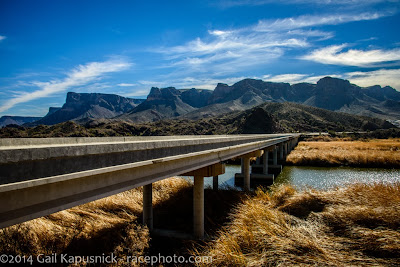 Well......after that I rolled into Lake Havasu.  And ground to a halt.  The traffic was horrendous.  I sat and sat, drove over London Bridge and sat some more.  Someone squeezing by hit my mirror and folded it back.  The check engine light was on & the temp was rising, as was mine.  I had had enough and made a u-turn and got the hell out of there.  I knew there was supposed to boondocking near the airport just north of town.  I never saw the road.  However, a few miles further north I saw some rigs parked off to the side & turned off to check it out.  It was another 14 day BLM area.  There were some cool rock formations and it was probably going to be a decent place to watch the sunset.  I found a reasonably level spot between a few rigs and parked.  As I was sitting there looking at the GPS I heard the sound of levelers going down.  And down.  And down.  I looked up to see an older Class A parked right at the edge of the mesa teetering precariously on almost fully extended jacks.   As the driver tried to eke out the last bit of height the rig fell off the jacks.  For a minute I thought they were gonna roll down the hill.  I got the video camera out in case they tried it again.  :-)  Luckily they were able to retract the folded jacks and apparently decided level was overrated.  :-)


Watched these guys nearly roll down the hill when they fell off their jacks. They're not the reason I left though. :-) 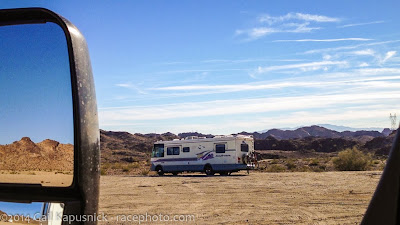 So I had lunch and relaxed for a while.  But an unease was growing on me.  I had no cell service, and this one guy kept walking back and forth by me, and I just wasn't digging the vibe.  I resisted it for a while as I didn't have anew plan or destination and driving in the dark isn't optimal.  Research was impossible with no service.  I finally decided to leave.  It's not like I haven't driven RVs in the dark before, they don't turn into pumpkins at sundown.  I figured I'd see where I ended up.

I drove north and had a choice to make at I-40.  West through Needles CA & up into NV, or east towards Kingman.  I got gas and took the west option which was a mistake.  Not only did I have hundreds of miles of nothing to drive through, but the sun was in my eyes while it was up.

I saw a sign for camping at the Needles CA exit so thought I'd give that a try.  Well I never saw the camping and the town was not appealing.  I got back on the highway and resigned myself that I might be driving all the way to Vegas. 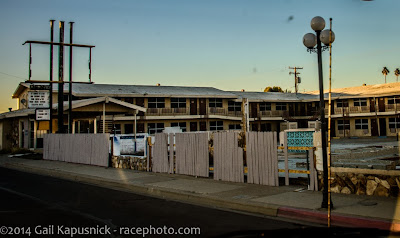 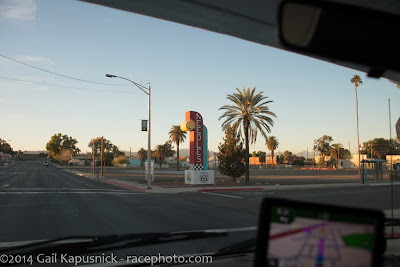 I'm sure there were places to stop along the way, but in the dark it's hard to tell what might be ok and what isn't.  I almost stopped at a little town called Searchlight, NV but at that point I figured it was worth pushing on to Vegas.  As I approached Henderson I saw a small casino called Rail Pass and pulled in.  Signs directed RVs and trucks to an upper lot, which said no camping, but another sign 3 nights allowed per stay.  And another said No barbecues or campfires.  I checked some online resources which said it wasn't allowed by city ordinance but the hotel was very accepting of RVers.  I figured I'd give it a try and just be very stealthy when I was in the rig.  All I wanted was dinner and a beer and I figured I'd be out like a light.  As I locked up the rig and headed in to the casino I was passed by a Boulder City police car.  I was glad he saw me heading in.  :-)

The buffet was nothing to write home about but the beer was cold. 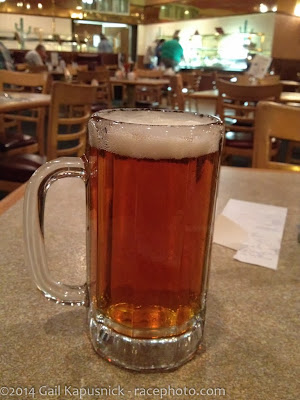 As expected, I fell asleep pretty quickly.  A few times during the night I heard the slow crunch of tires as someone drove close to the rig but I resisted the urge to twitch the curtains.  And if anyone knocked I was playing dead.  :-)  No one did though.
Posted by Gail at 6:02 PM