The day dawned foggy and misty again and I decided it was time to to move on. 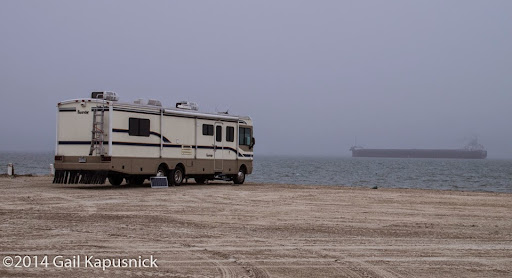 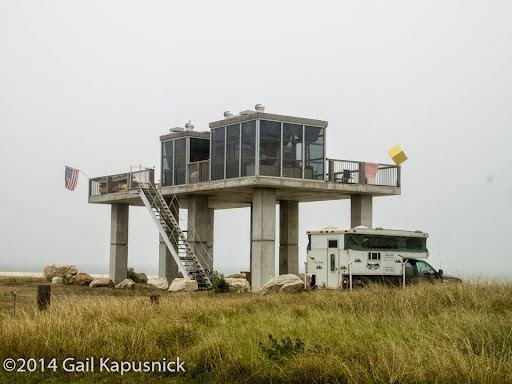 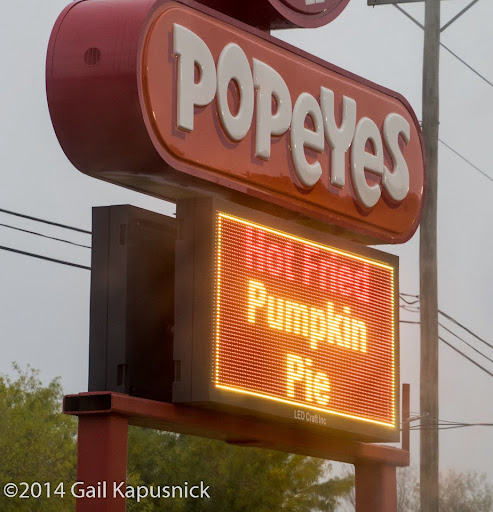 I'm gonna have to vent here a bit. I stopped and got gas at a Citgo on 35 in Alvin TX and it could be the worst gas station I've ever been in.  Number one, the sign said 2.19 "Cash-Card-Reg Unleaded" Which leads one to believe credit cards are the same price. Well, turns out they mean debit cards. It was .10 more per gallon for credit. Which or course I didn't notice till I was done. I usually don't get gas at places like that. I didn't notice as I bolted inside for the restroom. The man behind the bulletproof glass (you always know you're in the wrong place when the cash register is better fortified than some banks) told me the restrooms were outside. I go back out & there's 2 porta potties. Yay. I opened the door, gagged and slammed it shut. Overflowing, with turds on the floor. WTF, over?? I've seen cleaner portajohns at NASCAR races.  Obviously I just went and used my own bathroom at that point. The stench off that portapottie was so bad that I actually smelled it for a while after I left as it clung to my clothes like bar smoke.  Unreal.  I'm going to write to Citgo & complain about the deceptive sign, and in the meantime they'll join Conoco on my list of stations to avoid.

It had been raining off and on all day but as I approached Galveston it began to pour again and the fog rolled in. I had planned to stay at the Galveston Ferry Landing as supposedly parking was ok for 24 hrs.  Well, I got there and it did not look good. It's a small, tight parking lot, which was pretty full of cars.  It took two circuits of the lot before I found a spot I was comfortable shoehorning into. I wasn't happy with it though.  But it was dark & raining like hell, and I was beat, so I decided to give it a go.  I put up the blackout curtains and settled in. I almost left a few times as I was just not comfortable with it and the noise level was pretty high. I was very tempted to ride across and try the other side but I really wanted to ride across in the day and hopefully see something.  Plus I didn't feel up to wandering around in a dark downpour.  Finally around 1 am it quieted down & I fell asleep.