Well, I thought maybe I might leave Louisiana behind today but I didn't get as early of a start as I wanted. The times on these pics are all off by an hour, I keep forgetting to change the time on the camera. I didn't sleep as well as I might have, I kept waking up thinking I was sinking in the sand :-)  I didn't. And when I got up, visibility was like 100' in fog and rain. I didn't want to stay but I didn't want to drive in that either.  I made coffee and played solitaire for a bit, then decided it had lifted enough to drive.  I was bummed as some parts of the drive looked like they were probably gorgeous. I may never know.

At least it cleared up a bit when I got to the Cameron Ferry.  It's a real short ride, under 5 minutes.  But since I had just missed one it was almost half an hour. 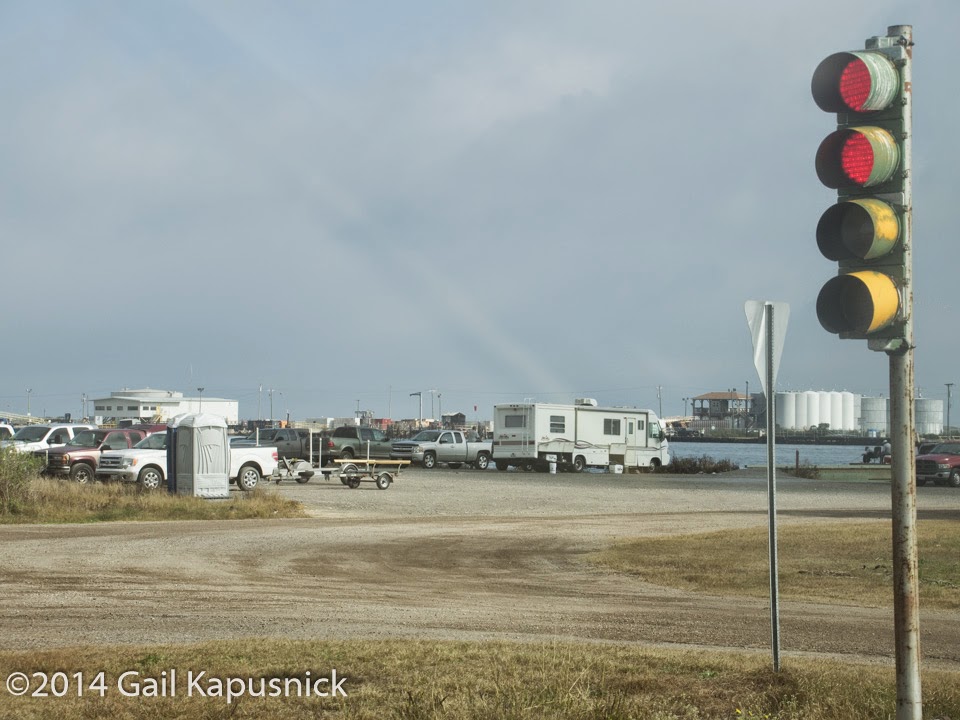 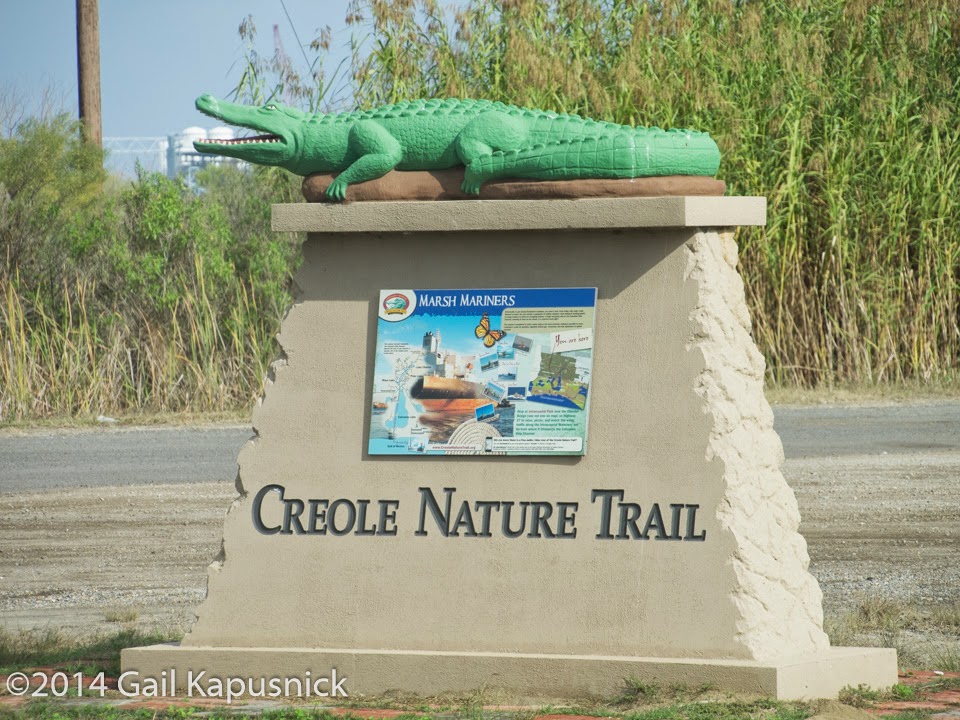 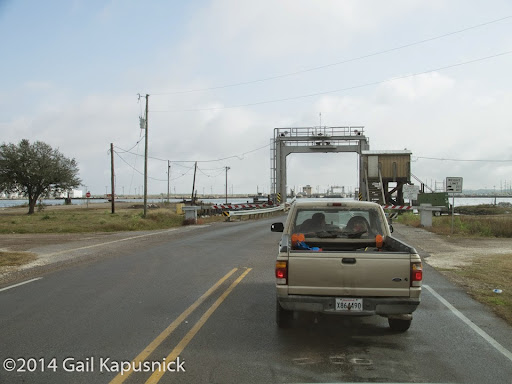 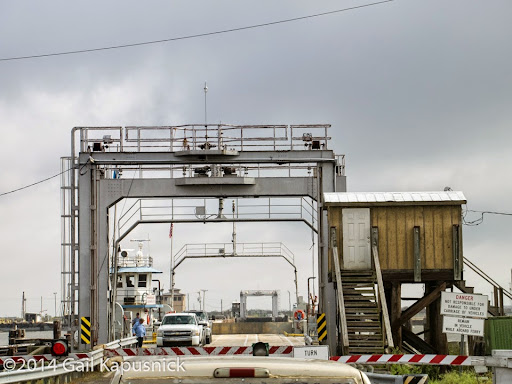 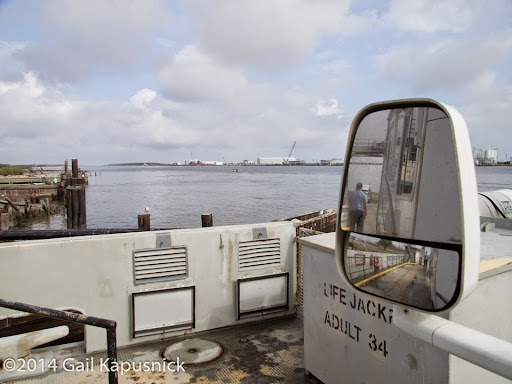 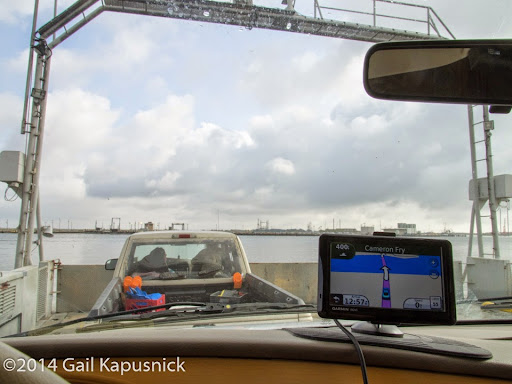 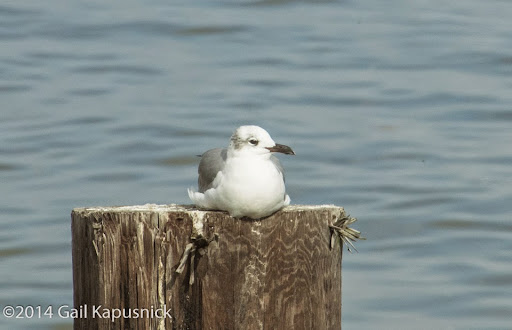 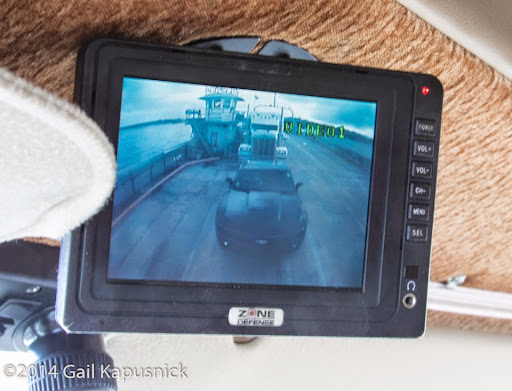 Even tractor trailers ride on it. 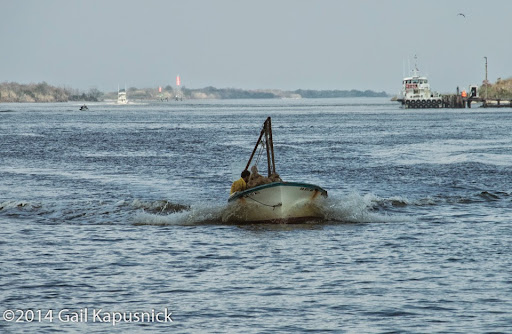 I continued along LA 82, I was headed for Abbeville & Shucks!, reputed to be a fabulous cajun seafood place. 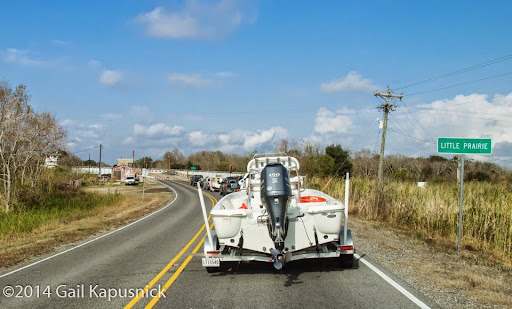 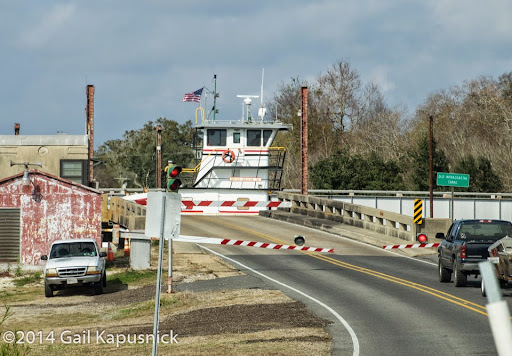 I arrived at Shucks and had a bit of difficulty finding a parking spot as I expected on a Sat afternoon, but I found one.  The food was really good. I got a fried seafood platter which had oysters, shrimp, catfish, stuffed crab & stuffed shrimp along with grilled red potatoes. I'm usually only good for about 2 oysters, but these were small & crisp and I ate them all.  The shrimp were the best though.

After eating, I started planning the night's stopping point. I dialed in the Hollywood Casino in Baton Rouge.  Of course, when I got about 15 mi out, I wasn't ready to stop yet. I pressed on, and saw signs for Camping World in Hammond. I remembered reading that they allowed ONP so I got off there. I missed the turn for CW first, it's kind of hidden behind a gas station. I circled around and got there right before closing. I went in and asked the gal at the desk and at first she said no, they didn't. But then all of a sudden she said if there was a delivery spot open I could park there. I asked what that might be, and it turned out to be one of a few concrete pads with electric. I figured, what the hell, and asked if I could use the electric too. :-)  They said yes!!  Woo hoo! One of the guys even told me to make sure the breakers were on.  After my miserable time at CW in AZ, this may redeem them. I know it's sure nice to have a night where I could update the blog and surf without wondering how much power I was using.  And even if I have to get out of here at the crack of dawn, I'll survive.