I spent a quiet and uneventful night at the Safford Walmart. It got chilly but never bad enough to have to put any heat on. I was able to get the wifi from Home Depot so that was nice.

Looking at the map at one point I saw a little place called Hot Well Dunes Rec. Area. Reading about it made think it was a definite must-stop. There are 2 hot tubs filled with 106 degree water that is pumped up almost 2000' by solar powered pumps. The road was supposed to be bad, and it's an ATV recreation area. I called the local BLM office to ask about the road and it had been paved! Even better! So off I went. Even paved the road was rough. I got there, paid my $3, and set off in search of the tubs. The roads inside the area are sandy and that terrifies me. I consoled myself by thinking, if you get stuck there's no shortage of folks who could pull you out. :=) I found the tubs, parked, changed and bolted for the nearest one.  Ah, bliss. A couple local folks joined me and they were pretty interesting to talk to. They had the primo spot right next to the tubs and told me to pull over there as they were leaving. It was funny, as they told me you never see a ranger there, and as they said it, he rolled by. While I was making lunch he came by again and knocked on the door, looking to see my fee envelope. First time that's ever happened. And of course it was the first time I'd not filled out the receipt portion. Ah well. 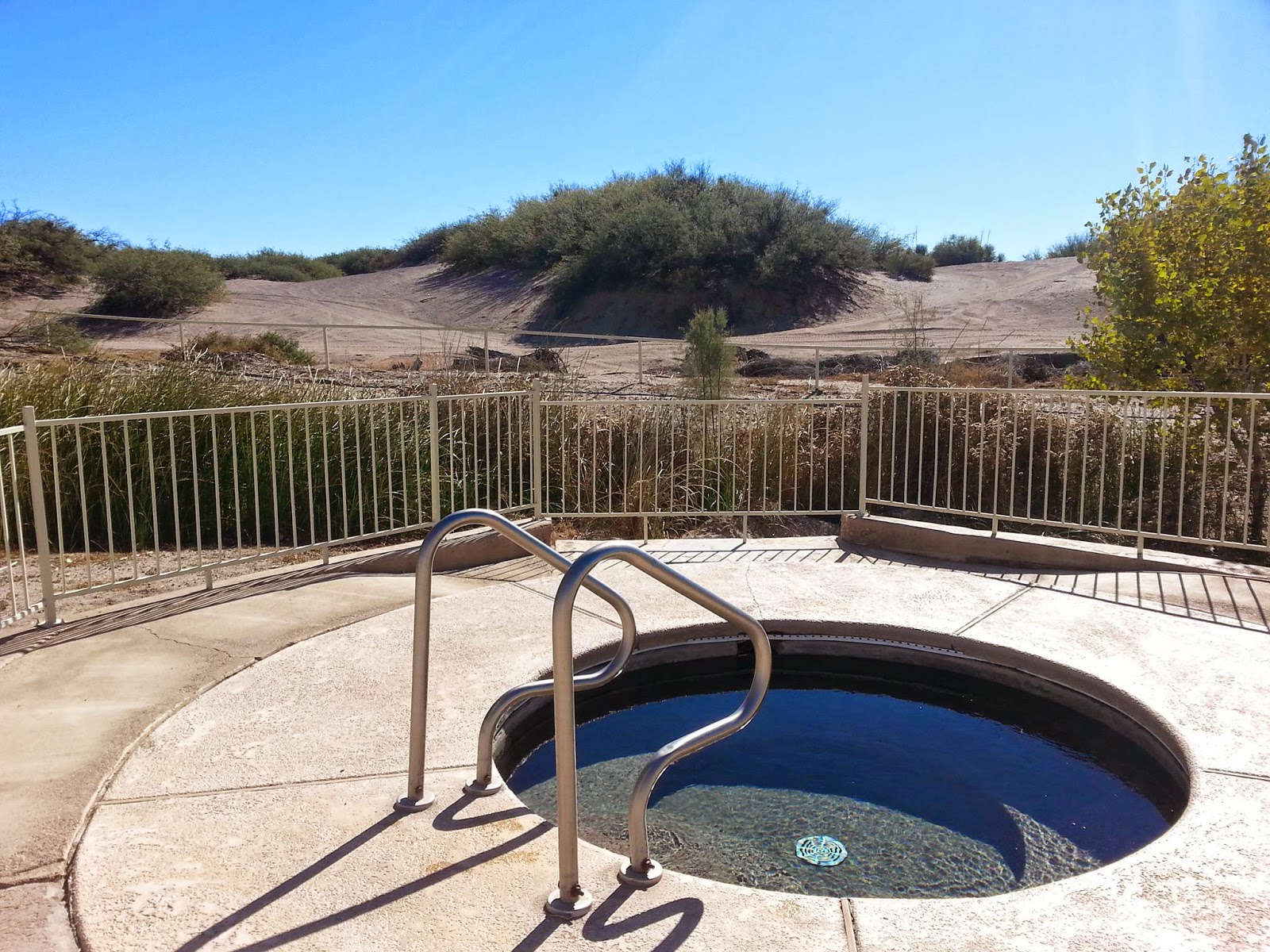 I had my lunch and got one last dip in before sundown. I actually waited a bit too long as the pump had stopped but the water was still warm and the tub pretty full. The other one was draining pretty quickly though.  Right after sundown people started rolling up who hadn't read the signs. :-) They left disappointed as the water level was dropping rapidly.  I got a decent sunburn today. Oops. There was some ATV noise for a while but it's pretty quiet now.  Hoping for a quiet night
Posted by Gail at 11:01 PM