I had a really nice time at the fire with the LOWs (Loners on Wheels) folks, and after some thought, decided to join. They're not as "busy" as the WINs, and the Solos don't seem to be mostly Solos, so I thought it might be a better fit for me.  While I joined the group, I just couldn't bring myself to sit there very long. I guess I'm just not much of a 'parker' as of yet. One thing they told me about was that every Tues they carpooled to the border 30 miles south & walked across for lunch, shopping, meds, etc. That sounded great to me but I wasn't waiting till Tues. So off I went to the little town of Columbus, NM and walked across the border to Puerto Palomas MX. 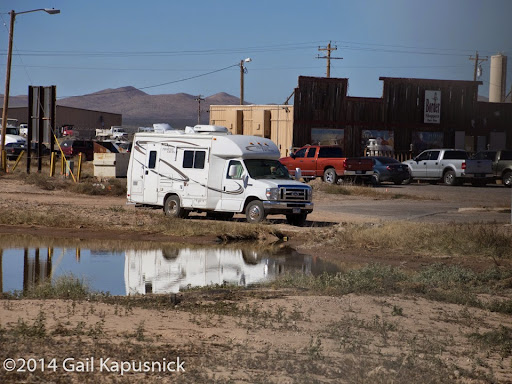 Parked near the Duty Free store on the US side of the border. I walked across to Puerto Palomas, Mx 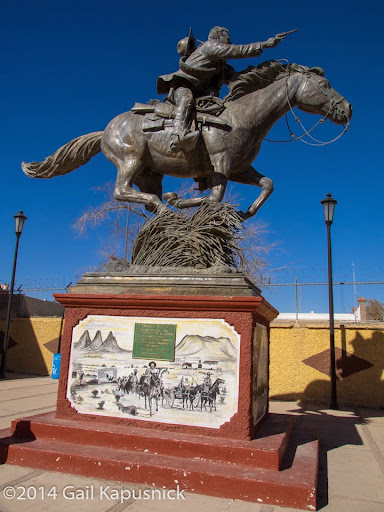 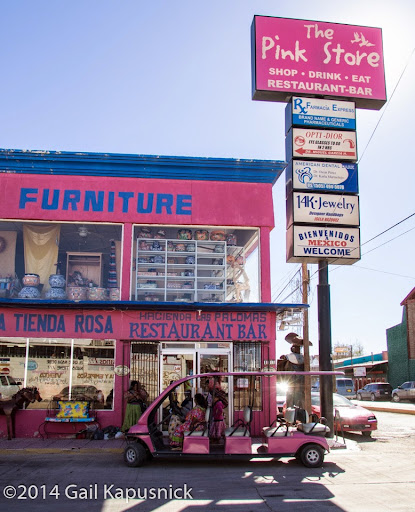 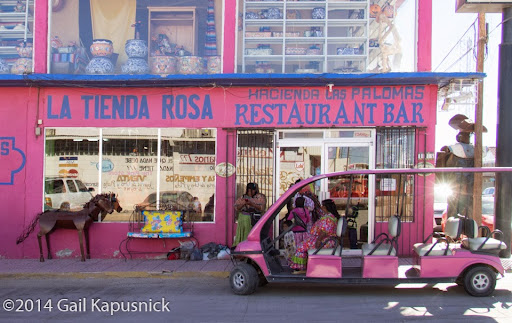 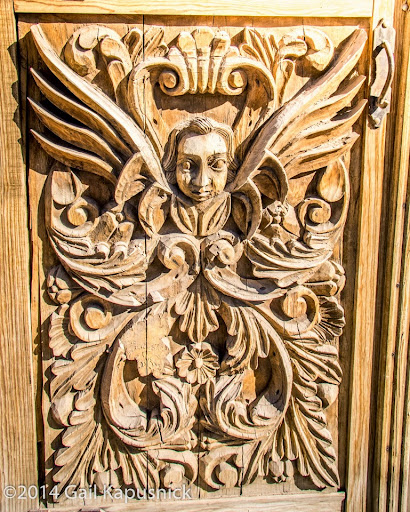 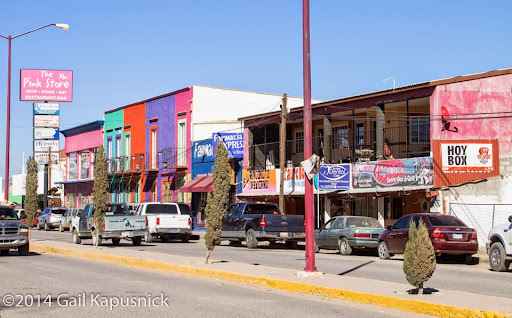 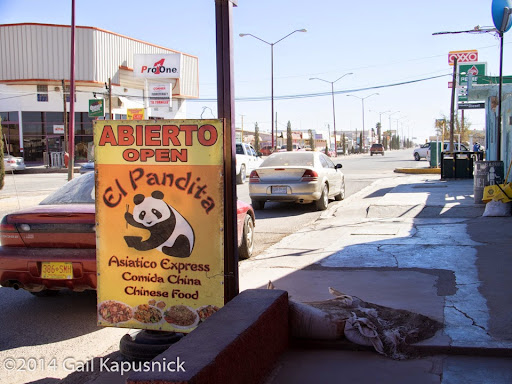 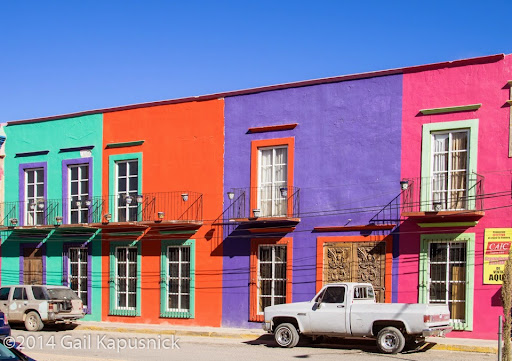 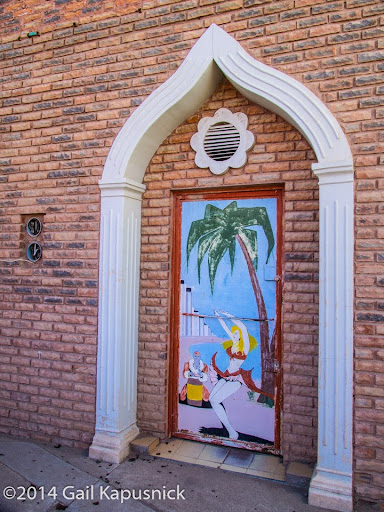 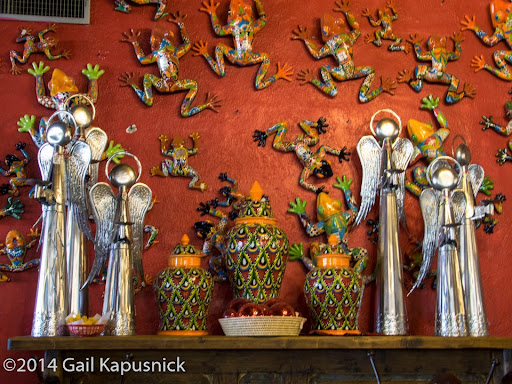 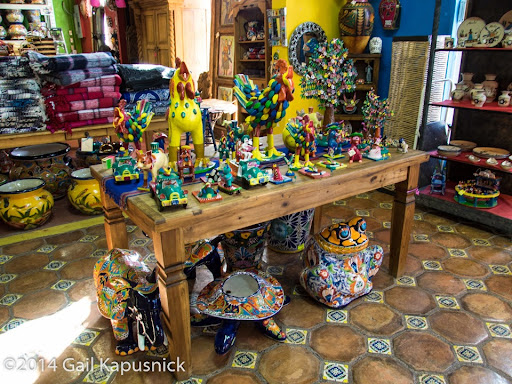 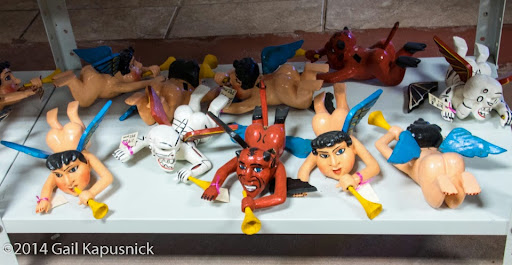 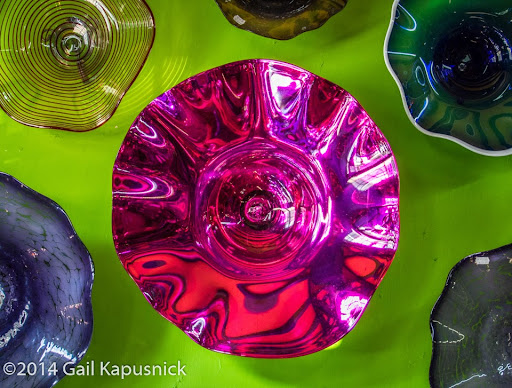 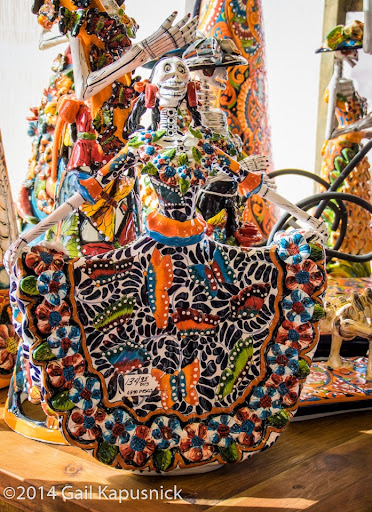 $135! This place was not cheap. I guess since most folks going here have never strayed far from the border towns, they don't know how overpriced stuff is.

You know you're in the wrong place when you try to pay with pesos and everyone is all stymied by that and no one has change. It took at least five minutes for the gal at the Pink Store to come up with change.  The guy at the liquor store blinked when I asked for the total in pesos, then told me, "That's Mexican money" as he wrote down the new total. I smiled and pulled the exact amount out of my wallet, and everyone around sighed, "Ahhhhhhh!" like I was David Copperfield and pulled a rabbit out of my bag instead of some pesos. LOL!!!


I made it back across the border with no problem, then did something dumb. I went into that duty free store I had parked by and saw they had Sheridan's. It's not available in the US. Well I had to have it. Problem was, I now had to go back into Mexico. They made sure you did, escorted you to the border.  I didn't want to go back through & talk to the same surly guy again so I walked around a little more thinking shift change might not be that far off.  Problem was, I was losing daylight, but I reasoned that I could always stay in Deming again if I wanted. 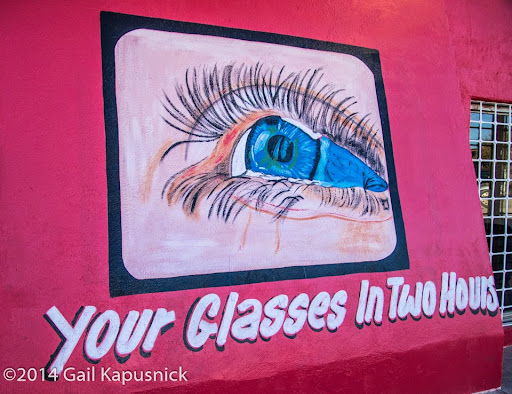 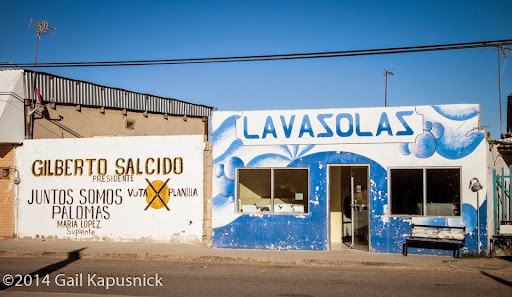 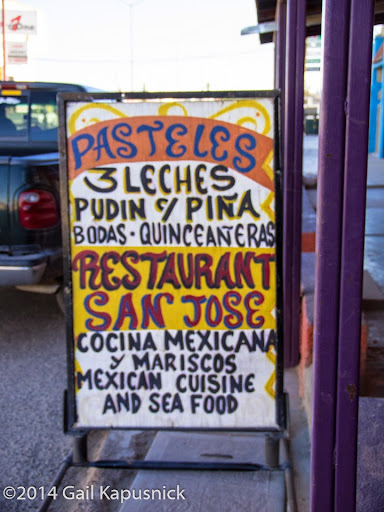 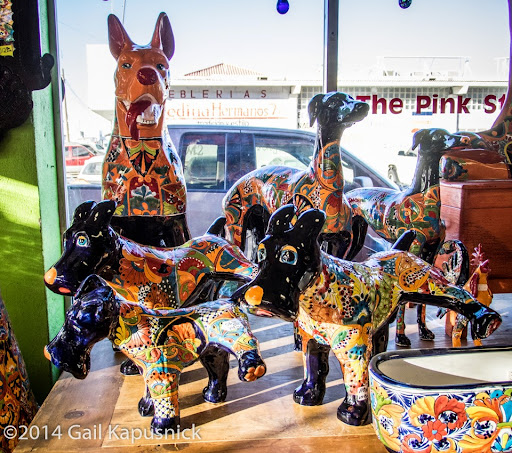 I finally had enough and went back across the border and got a different surly guy. These were the crankiest border guys I've ever seen. Not sure why, it certainly didn't appear to be a busy post. I guess when he swiped my passport it showed I'd been through earlier so I got my backpack and jacket searched, down to kneading the padding in the straps. He didn't like my SPOT locator, not sure why. If he'd looked in the front pocket he'd have found my ACR beacon and probably been even more cranky.  Ah well.

It was my turn to be cranky when I had to go through another border patrol checkpoint north of Columbus.  These things make no sense to me. They're permanent, everyone knows where they are, and there's a million roads through the desert that would get you around them. I just don't get what they're meant to accomplish. 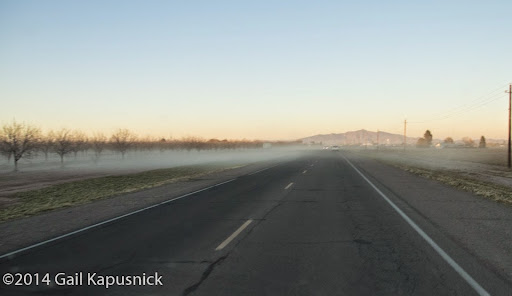 
The wind put the kibosh on stopping in Deming. I decided to head towards Alamogordo & see where I ended up. I knew of a cool boondocking site a couple miles from White Sands but I had promised myself no more off-roading in the dark. I went through Las Cruces, where I should have gassed up. then through White Sands Missile Range. And another stupid checkpoint. It just makes me bristle. Anyway.......I decided to try for the boondocking spot. I had checked it out on Google Maps, and thought it looked easy enough to get to. And there was nothing else so close to the Monument. Sigh........ Holy smokes....nothing is quite so terrifying to me as turning onto a dirt track in the pitch dark. Especially when it starts out with a blind curve. And when the dirt road you're looking for is in a little strip of no-mans-land between a missile range and air force base, so a turn down the wrong road could be...bad. Yeah, I know....get there in daylight. :-( Obviously I'm a slow learner. I believe I'm set up in the legal camping area. People who camp here say they often get a visit from Border Patrol or other gov't peeps. If they're going to show I hope it's soon...I'm tired and don't need someone waking me up.
Posted by Gail at 11:41 PM