It was a quiet night at Hot Well Dunes. While there were a bunch of ATVers, by and large they were pretty respectful, not roaring through the campsites and really not doing much after 9pm. Someone started blasting a stereo at 9:15am, but I think a few other folks told them to turn it down as it went away quickly. I made a big breakfast of eggs, potatoes, mushrooms, and fried Alaskan lox.  I'm not thrilled by the texture of raw lox though I do like it on a bagel with cream cheese & onion, but I find dropping it in the frying pan for just a few seconds on each side makes it a great side dish, almost like ham with my omelet. I hit the hot tub one last time, got changed and hit the road around noon. I neglected to ask about the state of the road south from the dunes when I talked to BLM. It turned out to be paved most of the way. But the last 7 or 8 miles were utter torture, all washboard with some sections that were just awful. I hate that. I wonder if the road to Tanque is as miserable.

Anyway, I got on I-10 and headed east. I got to Deming around 4pm and looked up the LOWs (Loners on Wheels) RV Park. I had planned to spend Thanksgiving alone.  It was my dad's big holiday, so it's the day I grieve for him the most, but the 4 hours on the road had worn me out and I did feel like maybe I wanted to be around people. Especially people I didn't know, where I could walk away at any point and be sad if that's what I wanted to do.

Of course the park office was closed, but one of the staff talked me through the self check-in. I chose an electric site which would be $15 with the Passport America discount. They were pretty close to full. If they had been full there's about a dozen other parks in Deming but I would have just boondocked somewhere. I was a little intrigued by the idea of a Loners RV park so that's why I chose it. :-)

As I was walking back from the bathrooms, my next door neighbor flagged me down to tell me about the card games and bonfire tonight, and that Monday was potluck and Tues was a trip to Mexico, etc. Apparently there's a lot of scheduled stuff here. The trip to Mex sounded good tho I don't plan on spending a week here. I may drive down tomorrow though.

I made my Thanksgiving dinner of posole with mashed potatoes and a pumpkin pie parfait. Oh, and eggnog with black rum. Good stuff. Of course when I was done all I wanted to do was curl up with a book but I dragged myself out to the fire. It was nice. About 10 people hanging out & chatting. Now I've got my little fake fireplace going and am thinking about some more eggnog. Life is good. 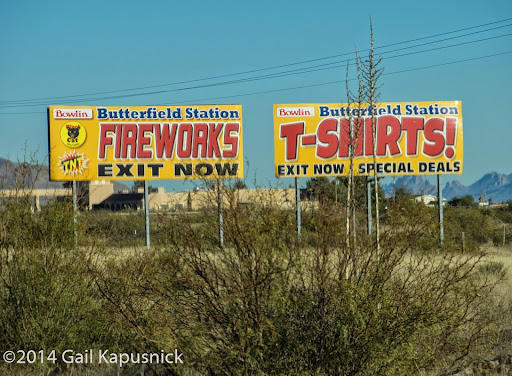 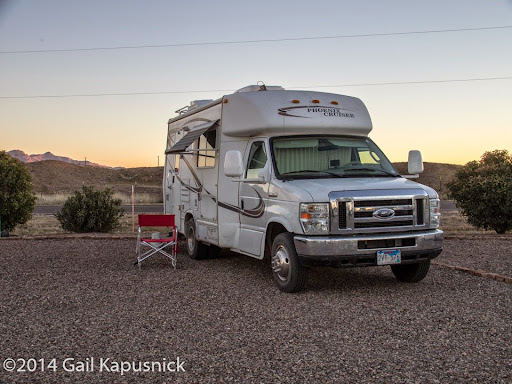 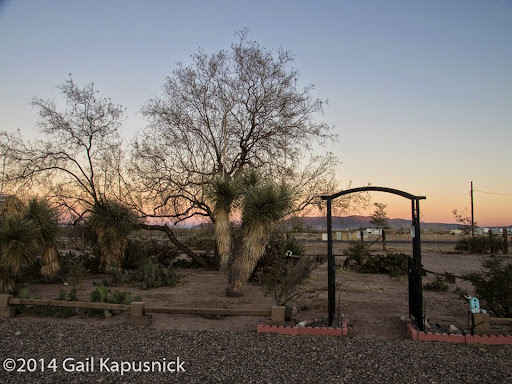 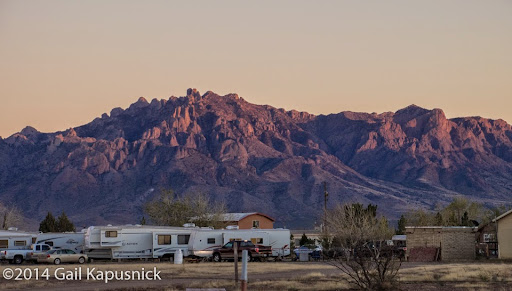 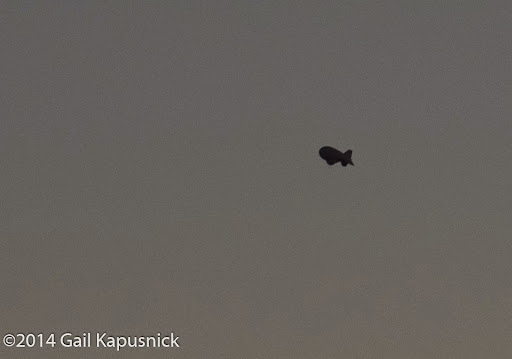