I got up at the crack of 10 this morning, I had been tired. I had some trouble getting motivated, but finally got in gear and headed to the Flying J for gas even though I had more than half a tank. This turned out to be an inspired move as gas stations were few and far between.

The scenery wasn't as stunning as I hoped, but there were stretches with tons of yellow flowers so that was pretty. It took way longer than expected and I got into the park after 2pm so no hike in from the Natural Entrance for me. I did do a little walk to a viewpoint. As you can see, it was deserted. 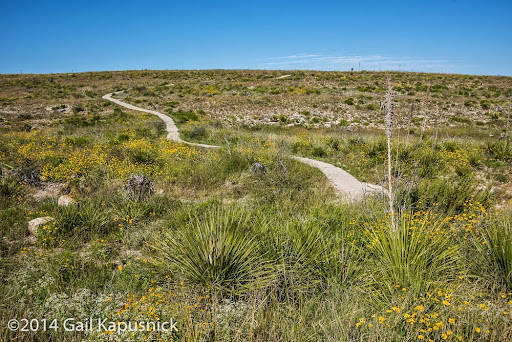 All the tours were over so I did the self guided tour. 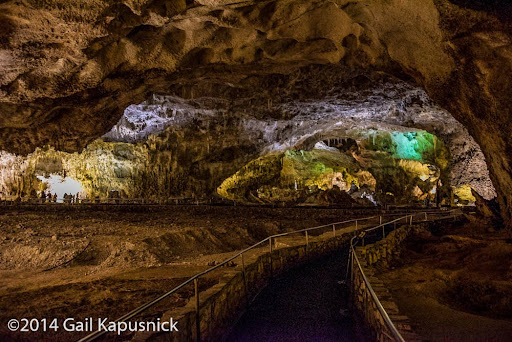 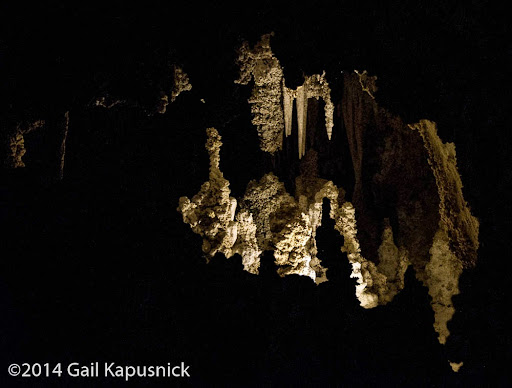 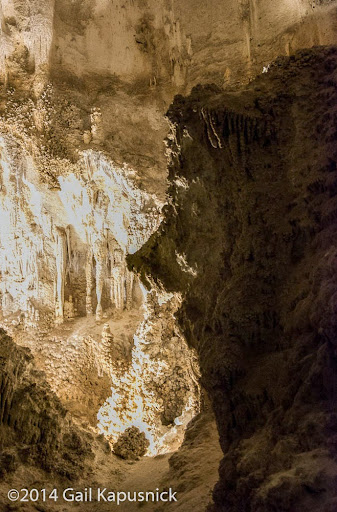 Scary skull face in the rock 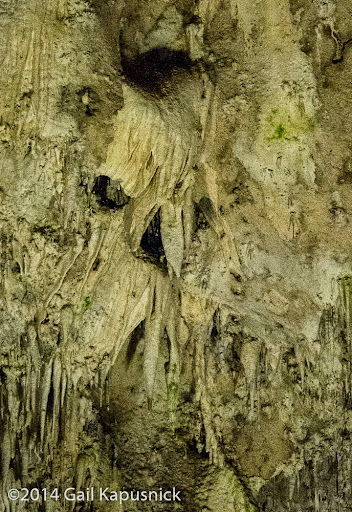 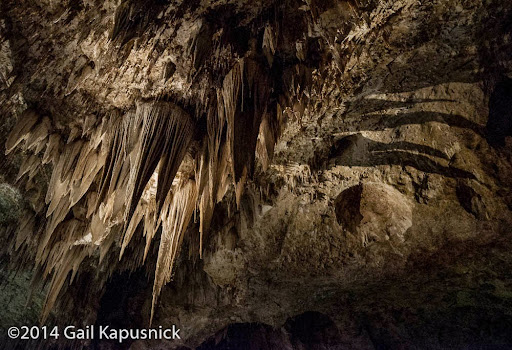 ''
Old rickety metal ladder the early explorers used. No thanks! 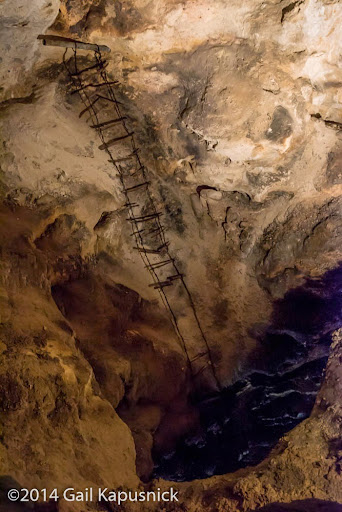 ''
Reflections in the water 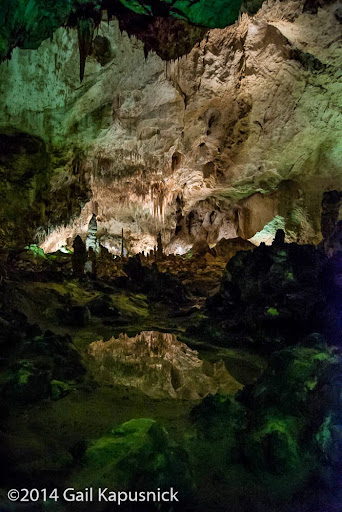 Reflections in the water 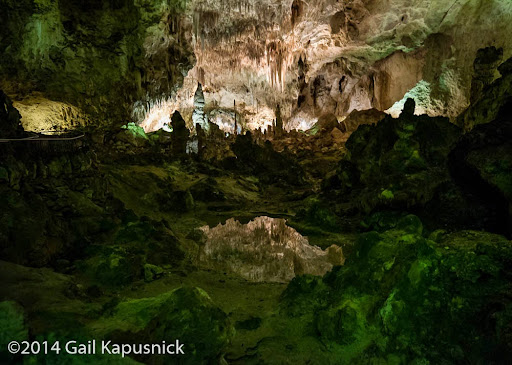 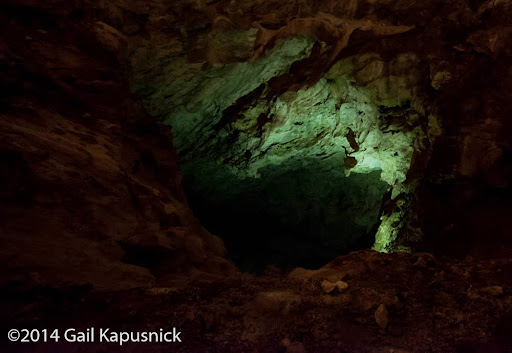 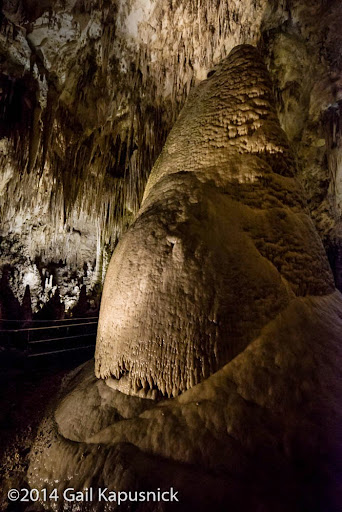 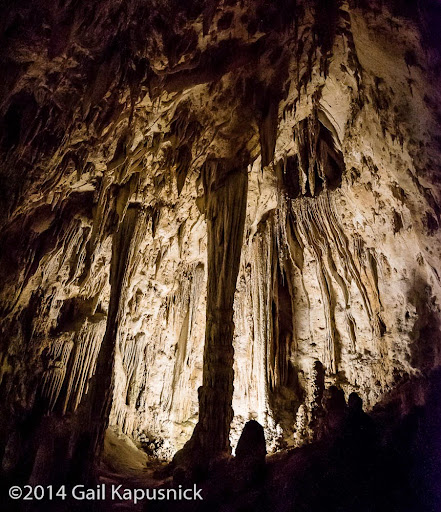 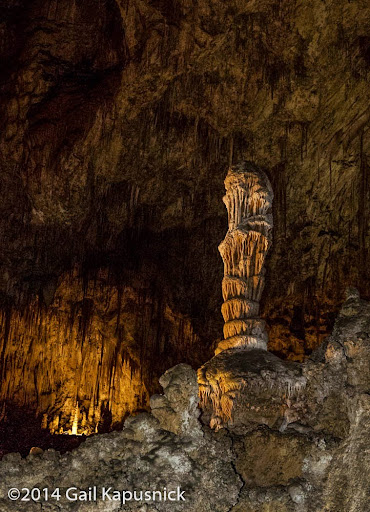 Another face in the rock 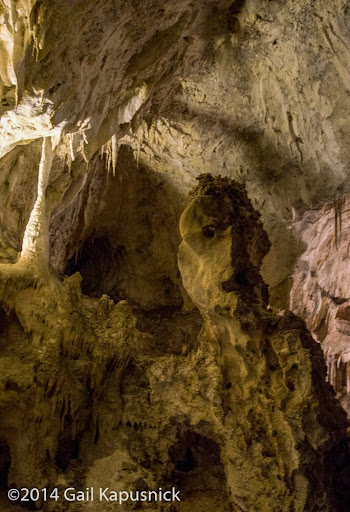 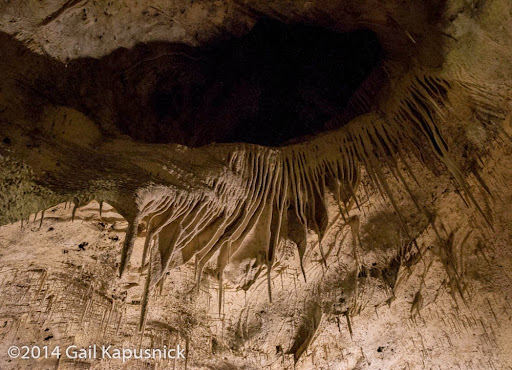 Instead of floors, the elevator shows feet below ground. 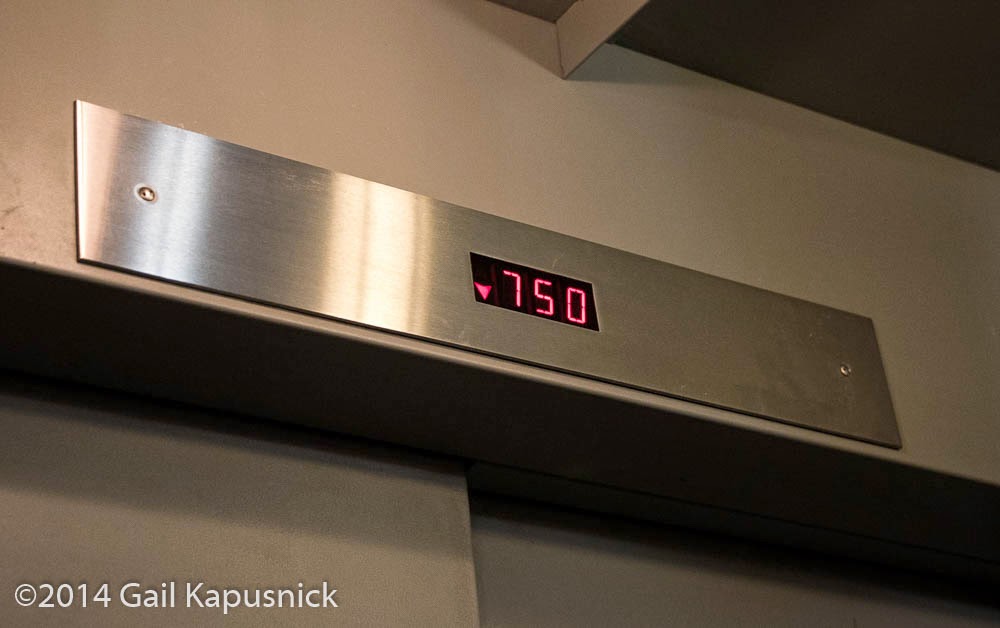 After I was done in the cave I headed back to the RV for dinner. I had about an hour and fifteen minutes till the Bat Flight program began. No cameras, phones or other recording devices were allowed. It was pretty amazing to watch, the bats funneled out of the cave like a living tornado, then spread across the sky like plumes of smoke. It was really something to see. I'm glad I stayed but it meant yet another Walmart night, and I had been looking forward to some nice desert boondocking, or Brantley Lake State Park. I wasn't about to go bopping around on unpaved roads in the dark though, so just went with the easy solution. This Walmart really sucks though....it looks like a non-bat tornado went through it and it looks like Miami before a hurricane. I wanted to buy a gas can but there were none to be had. Or tomatoes, onions or hand sanitizer. :-( At least there was beer, thank god.

It's killer noisy too, it seems everybody and his brother has a noisy, smoky, stinky diesel pickup. Is there some reason they don't make mufflers for those things? People always brag about how diesels get better mileage...well, yeah, if I cut off my catalytic converter & muffler & just ran a pipe straight back, I bet I'd get better mileage too! But I'd wanna shoot myself as I could never drive something that loud. I don't know how they stand it. The stink & smoke is inflicted on the people behind so they don't have to put up with that, but the noise would seem to be an issue even for them. Ok, done ranting, I just had to be stuck behind one for 20 miles today and grew weary of it.