I made and omelet  and coffee and enjoyed breakfast by the water. 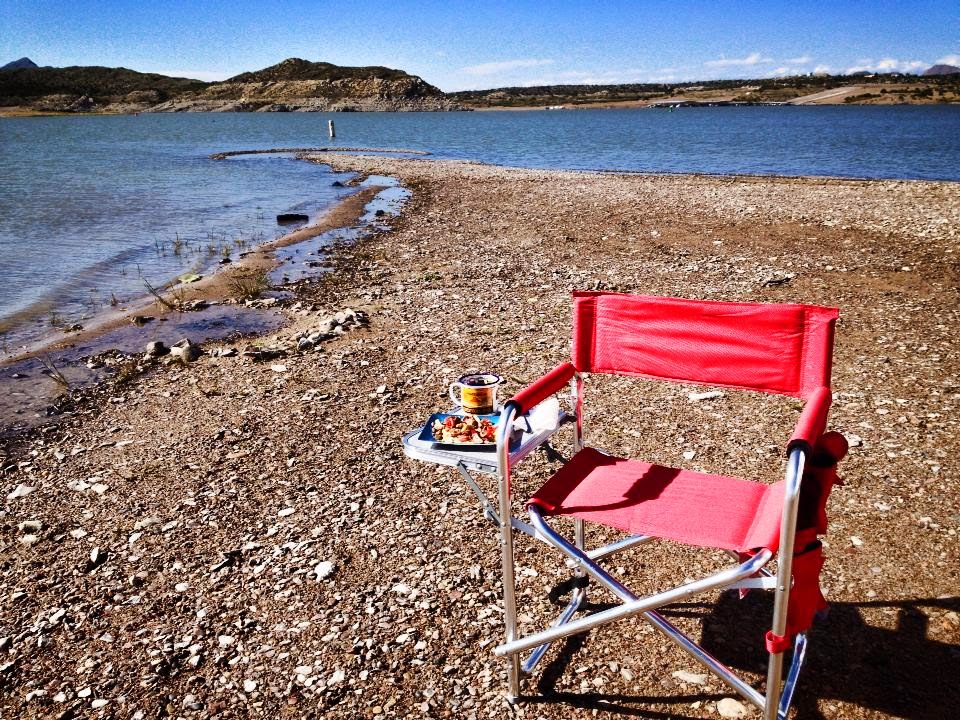 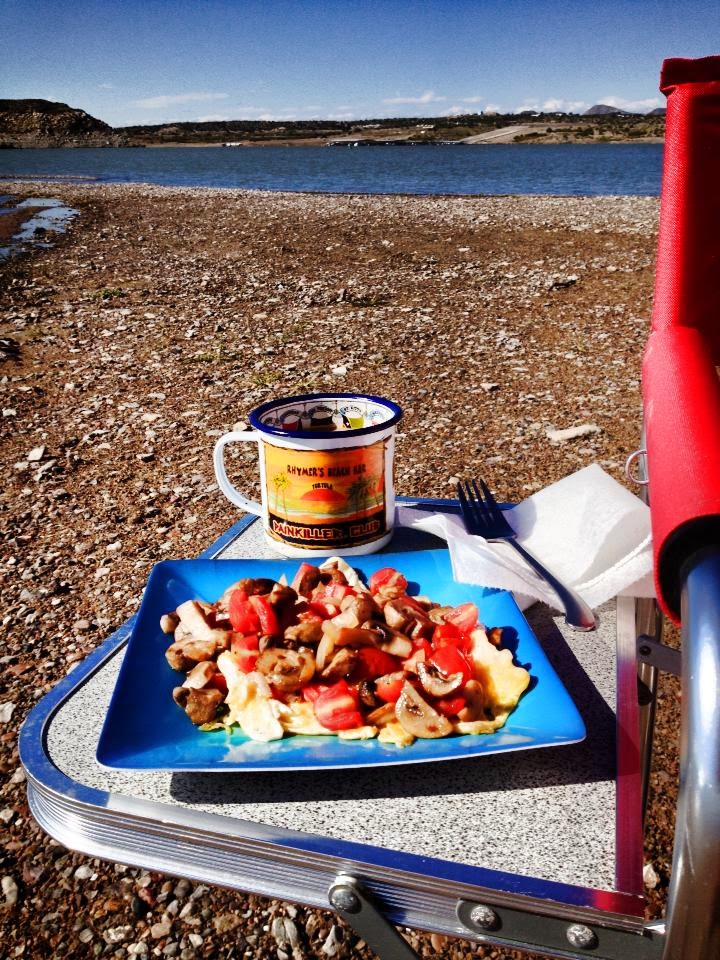 I had seen Riverbend Hot Springs had a little rv park. I looked them up on FB and the pics looked awesome. Unlike the other baths in T or C, they had outdoor pools overlooking the Rio Grande. I saw they had a healing sound concert tonight and that sealed the deal.

I left the park at 1pm and headed to the rv wash I had passed in Elephant Butter. $8 later I was tired, wet and pissed and the rig was only marginally cleaner. I gave that up as a bad job and headed to the hot springs. This was a splurge....$55/night, but that included unlimited soaking. Since I was doing 2 nights, I also got a private hour soak.  It turned out to be so worth it. The setting is gorgeous and the tubs were hot and clean. I got in an hour or so then went back to the rv for dinner. A little after 6 I headed back over as the music was starting. As I walked across the street I glanced back & froze in astonishment. There was a rainbow and wrath-of-god skies behind me. It didn't deter me from getting back into the tub though. It was an intense few minutes....while it didn't rain hard at all on us, it did blow like crazy. Leaves were flying everywhere, and there were gorgeous flaming clouds in the sky. Just incredible. 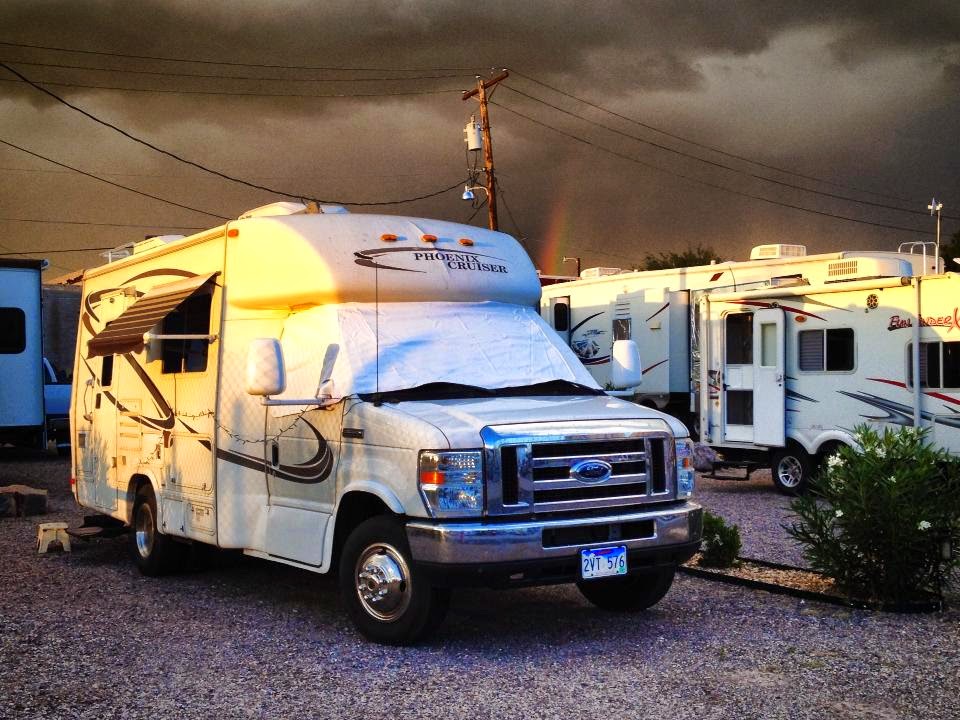 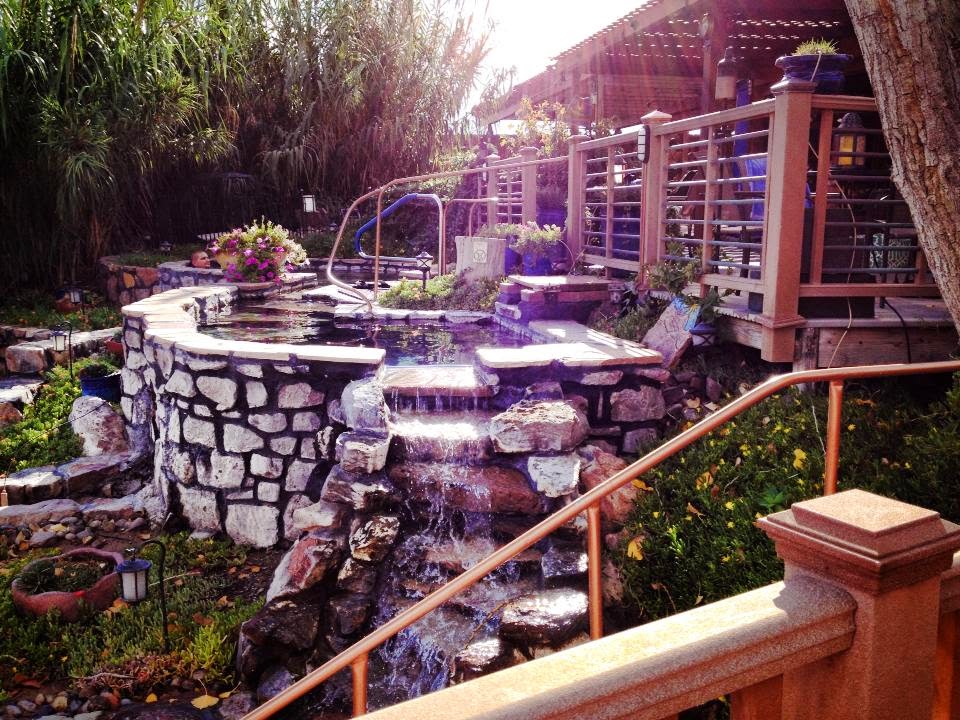 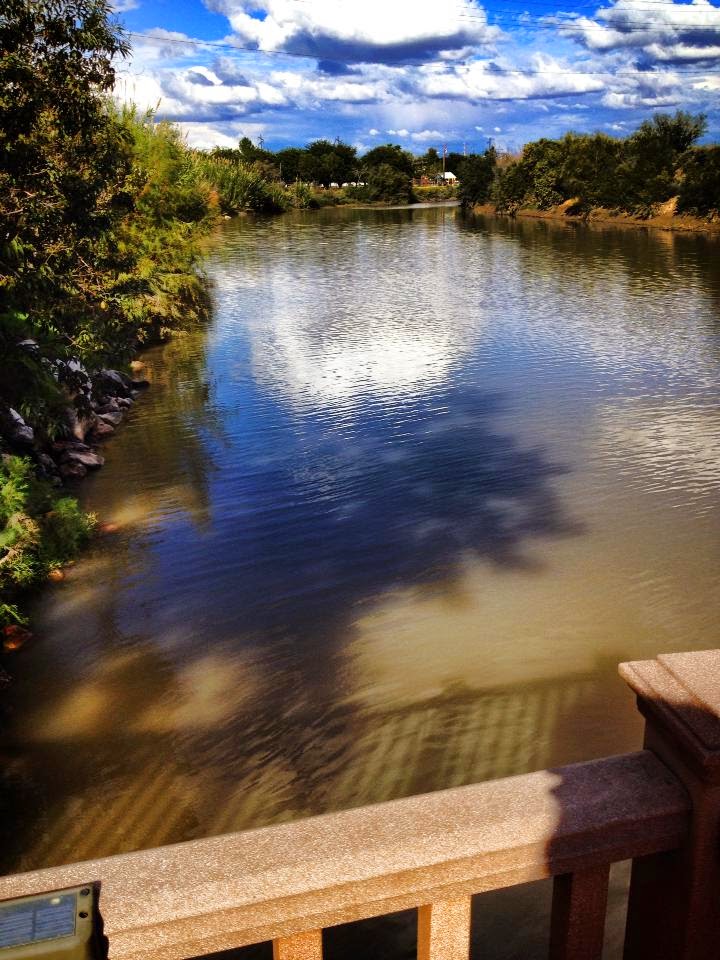 Pam and Eric, workampers at the springs joined me in the tub and we had a nice chat. When it got dark it got even better as there were really neat lights all over the place, and the cool breeze balanced the hot water perfectly.

Around 8pm I got out & changed out of my suit....and then the skies opened. And then I remembered I left the roof vent open. Dumbass. I seriously considered putting the bathing suit back on & running across the street, but I didn't. I just bolted across the street.  :-) By some miracle no water came in. I finished up my rice, had a beer and facebooked a bit. This wifi sucks. While there's not a ton of traffic, the little bit there is is annoying as I'm so close to the road. Ah well. I'll stay here tomorrow night as well, then start heading north on Weds.

While it was an expensive splurge, so far I think it was well worth it.