I had one helluva time getting up. What else is new. All those years of working nights, I blamed my schedule on the fact that I sleep late. Apparently not, as I haven't worked a night shift in almost 6 months, and I still happily sleep till 10am if undisturbed.  When I finally did get up and showered, I started thinking about making some curry for the road. I bought an electric burner for times when I had electric,and bought that stupid Wonderbag last winter. So I got my pot, threw in a packet of Kitchens of India Chicken Curry Paste, a can of coconut milk, 1 can diced tomatoes, 1.5 cans garbazos, 1/2 package frozen peas, 1 package of cauliflower (thawed) and 1/2 a box of mushrooms. I had to add some broth too. I put that on the hot plate, using the cast iron disk, and waited for it to boil. It took a while. Once it boiled I let it simmer for 10 min. I had put some bubble wrap in the bottom of my wonderbag as it seemed a lot of heat loss was coming out the bottom. I then put in a thick cotton dish towel. Then my round cork trivet. I took the pot off the burner, grabbed the cast iron disk with my potholder, & put it in on top of the cork trivet. Then put the pot on top of that, clamped the lid down, & wrapped the ends of the dish towel over it. I then put the topper for the wonderbag on top & cinched the bag up as tight as possible, and stuck it in the shower.  That was 12:45pm.  I expected a fairly short driving day as I still didn't feel like driving and came very close to spending another night. I kinda thought I might end up in Bernalillo again. But once I got to driving I felt better.

I stopped at the dam to get some pics of the Rio Grande and marvel at the big earthen dam.  It's pretty impressive. Then I got gas before I got on 25, and what a dog & pony show that was. Cars lined up everywhere. I pulled in behind a big 5th wheel who was blocking both pumps while he was in the store. I was thinking bad thoughts about him until he left and I was able to pull up.....only to find all the card readers were out. So that's why it was such a debacle, and he wasn't just being a twit.

I passed through Bernalillo and set the GPS for Chaco Historical Park. I didn't think I'd make it before dark but figured I'd give it a shot. As I headed north on 550, I saw a sign for Jemez Springs and Jemez Red Rocks. Well, that sounded good so I turned up that road. I immediately started getting a feeling that I didn't want to go that way. A few miles up the road I did see some stunning red rocks, and a visitor center. The guy there told me the road from Jemez Springs to Cuba was passable and I could get back on 550 there. It looked and sounded good on paper. I made it about another 4 or 5 miles and a warning voice in my head just kept saying "turn around" "You do NOT want to go this way". I finally did just that. I have no idea why I felt so ill at ease, it was a fine paved road at that point, but I just wanted out of there.  At this point I definitely wasn't making Chaco before dark. The GPS said 6:45. I figured I'd find somewhere to stop, or maybe even take a chance and head to Chaco anyway since it shouldn't be PITCH black yet. (It was.)

I didn't see anywhere appealing to stop, and as I approached the turn for Chaco there was a giant thunderstorm over there, pouring and flashing. That put the kibosh on that, as all the guidebooks said don't even THINK of going there if it's wet. So I said, well, I might be able to make the parking area at the De Na Zin trailhead before it's pitch black. Then I'll be set up for a morning hike. I never saw the turn. (It's not in the gps, of course.) Now I was pissed, it's getting pretty dark, it's windy, & there's t-storms all around. I pulled over & consulted my Days End Directory & saw there was a free BLM cg about 5 miles up the road, then about another 6 miles on a 'good' gravel road. I decided to go for it. I saw the turnoff, but the first mile of the road was anything but good. Washboard from hell. Fortunately after that it smoothed out and was awesome. I was blazing along at 35 mph. :-) From what I could see, I was driving through some spectacular scenery. So that made me happy.  I finally got to the cg, and the first site I passed was open and just a little bigger than me. I went around the loop and didn't see any other ones I was sure I could fit in. There was a big 5th wheel parked at the top of the hill. They waved, wondering what dumbass was trying to find a site in the dark.  I went back to that first site and started to back in. The backup camera doesn't work in the dark and there were steep drop offs on both sides of the road and all around the site. So I was in & out of the rig about 15 times walking back to see where I was going.  I backed up as far from the road as I could and tried to level it. The rear needed to come up but the jacks didn't seem to be doing much. I got out to see what was up, and it turned out I was back so far that the jacks were dangling in thin air. Sigh..... I pulled forward, since after all, I didn't think there'd be a ton of traffic on that road, and was able to level it out. Normally I might not bother for one night, but the altitude has had the fridge struggling enough that I don't want to stress it any more.  I was starving at that point and got out my curry. The pot was still hot, with the food at 133 deg.  I fired up the gen to nuke a bag of rice and it promptly died. That never happened before. I started it again & let it warm up a bit and it worked tho it sounded unhappy. I really need to change the oil in that thing.

The wind was howling, and soon after I got parked the skies opened up. I hoped the rain wouldn't be enough to screw up the road. But it was a pleasant night, despite the wind & rain it stayed fairly warm, and being so isolated meant I left my windowshades up, which I enjoy. 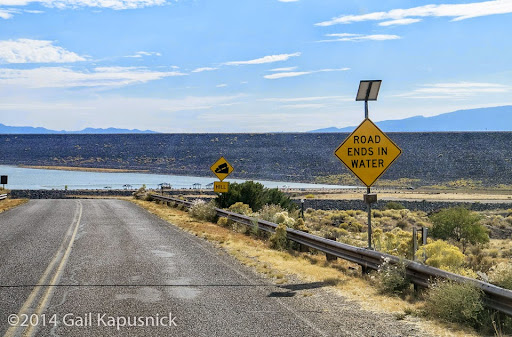 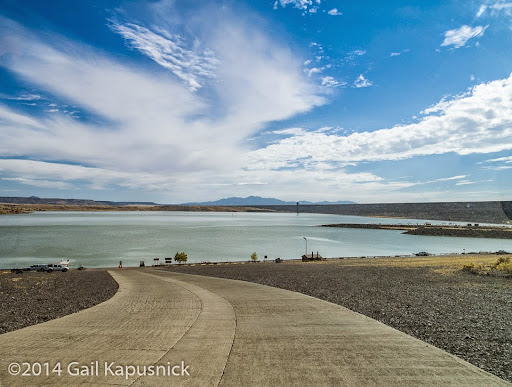 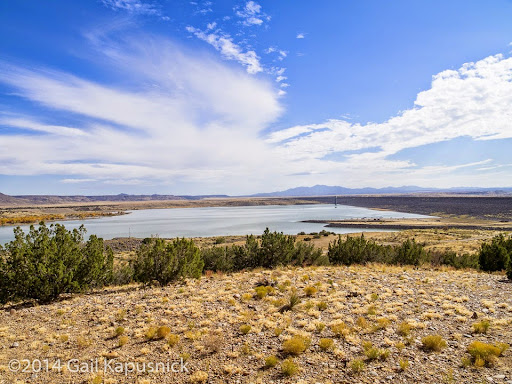 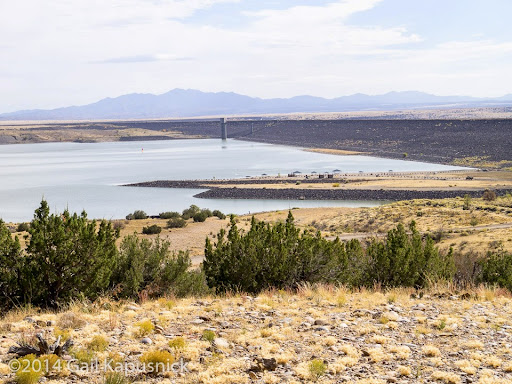 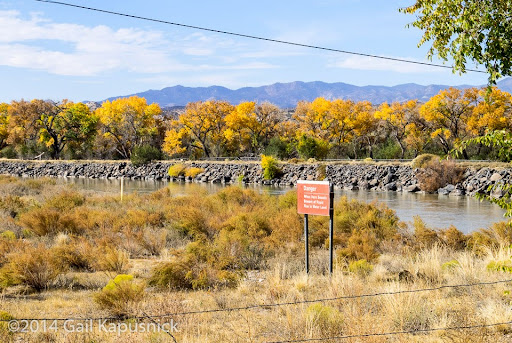 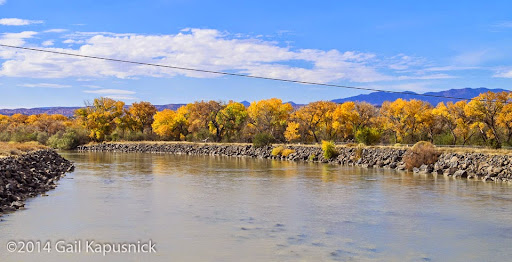 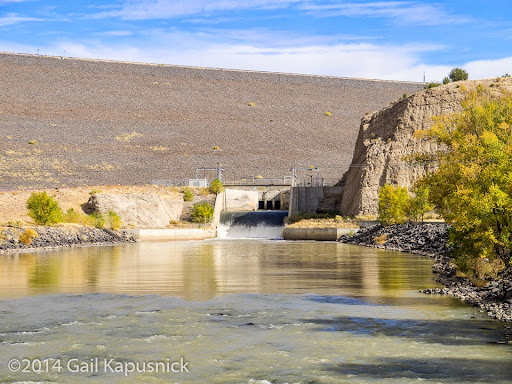 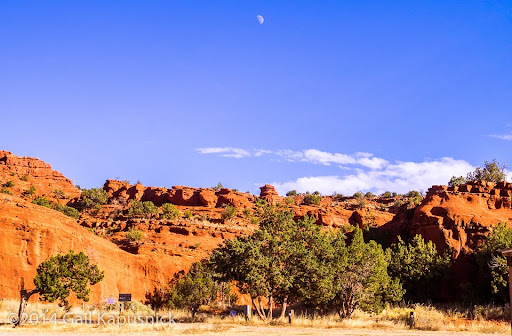