I spent a pretty restful night with LOTS of dreams. I've noticed that quite a bit when camping, I seem to be a lot more aware of my dreams. Not sure if it's the lack of light or less electromagnetic pollution or what, but I definitely see a difference.

It began to thunder pretty fiercely soon after I awoke, and I scrambled to get my chair & other things inside. There wasn't much and that was good as the sky soon opened. I was a bit concerned as I was pretty close to the water's edge but I guess it didn't rain enough to raise the levels. And I moved even closer later :-)  I read for a while, "Walking Home" by Lynn Schooler, but felt tired and lethargic. I took a nap that turned into almost the whole day. I finally got up at 3:30 feeling like crap, with a bad headache. I putzed around for a while but finally got jolted into action by the sight of a ranger driving around checking cars. I guess they only looked for slips hanging on the windshields, not what they actually said, as they passed me by. I should have paid for another day before 2 pm but I was still out of it then.

I headed up, checking out the Ridge Road sites on the way by. They have nice views and cute little casitas. I almost took one of the only two that were open, but decided waterfront was better. :-) Since I was out & about I drove into town & got gas. I slowed down quite a bit on this tank and got 12mpg! I like that! I thought about heading up to South Monticello Point where some other women form Facebook were camped, but I was unsure if they were still there and it was close enough to sunset for me to think I shouldn't go exploring so I just headed back to where I had been. Well, actually I went to the farthest point on the spit as it was now open. 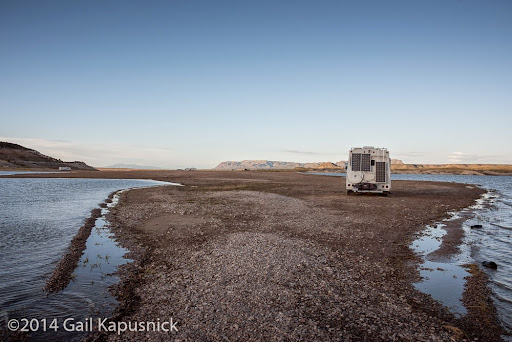 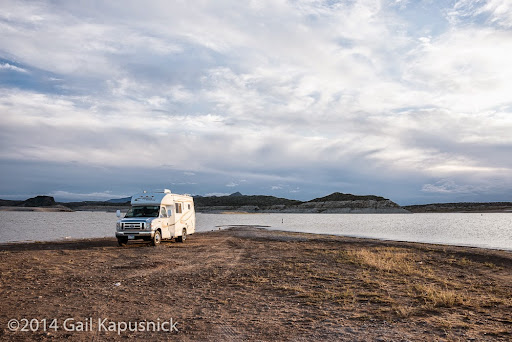 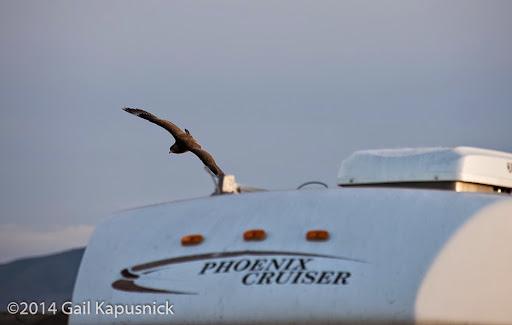 He kept buzzing me for a while 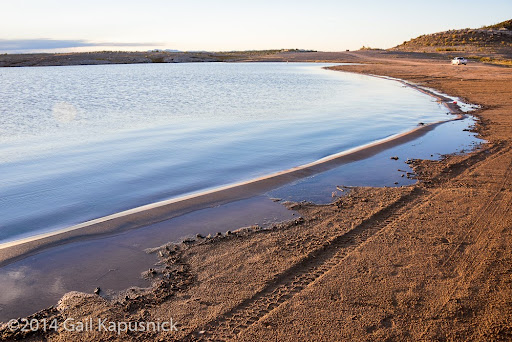 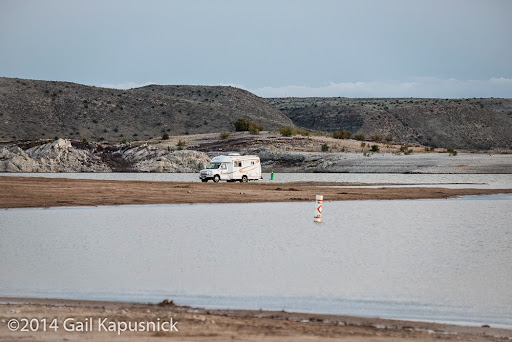 All the partiers left. 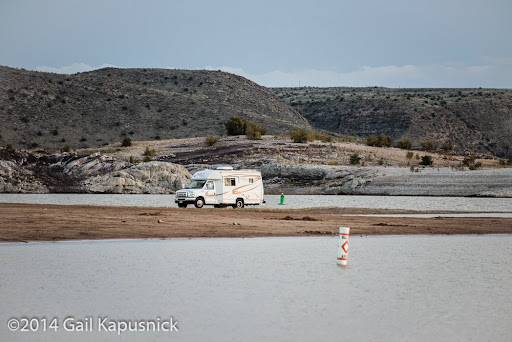 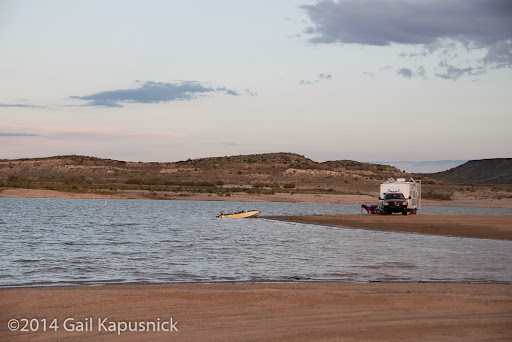 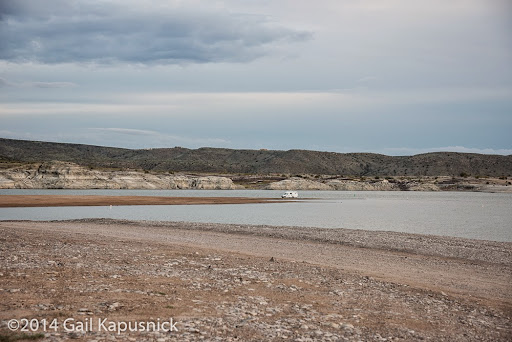 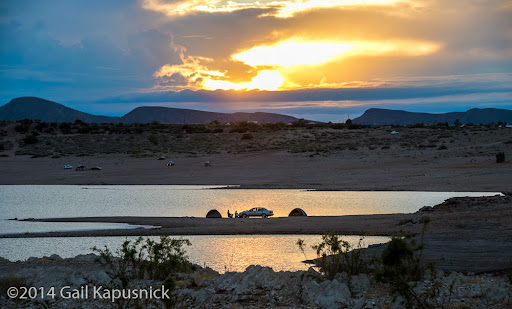 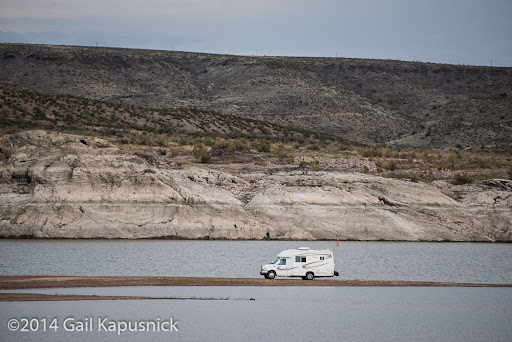 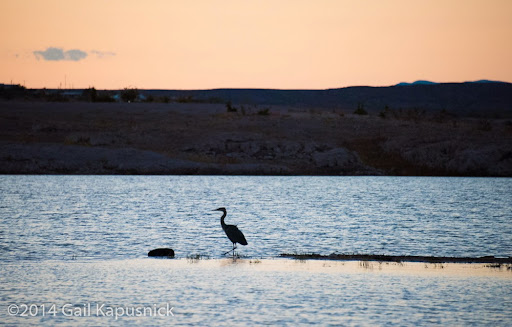 It began to rain hard and blow harder soon after dark, which made me a touch apprehensive about water levels. :-)  However, it would have to rise at least a foot to put where I am under water, and my rig has decent ground clearance, so I think I'd be ok. That would take a LOT of rain. But I've still turned on the outside light every so often & checked. :-)

I think tomorrow I'll head into Truth or Consequences & see if there's an RV park in walking distance to the sights & hot springs. A nice long soak would be awesome.